The Stories We Tell Ourselves Are What Others Hear 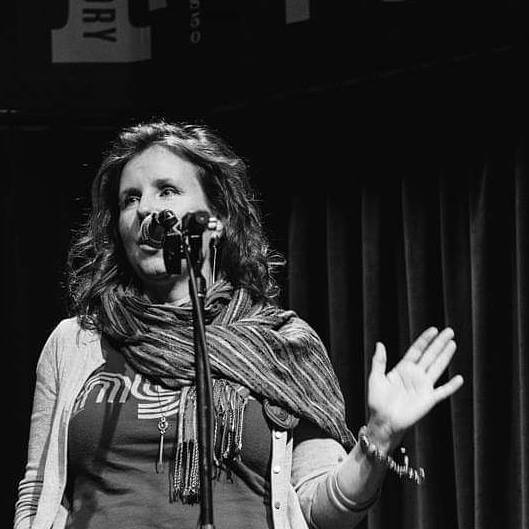 There are some stories, and Shannon the Underdog Atlanta Online Dating Girl was one of them, that become a stuck/repeating tape loop.

When I first moved to Atlanta in 2008, I threw myself headlong into the newly ubiquitous (read: now-not-so-skeevy) online dating scene; I quickly began amassing stories about those adventures. For a trip in the wayback machine, you can view posts like this and this.

Glancing back at those posts makes me want to crawl under my couch. It starts with seeing my age as 32. Now staring down 47, it’s unbelievable I’ve been blogging in Atlanta for 15 years. The more cringeworthy part is ruminating on all I had to learn–how much therapy I needed–about relationships and myself. That girl had no idea what she was in for.

As time went on, my dating stories became legendary, both in live performance and on social media. I even did a one-woman show and a two-episode arc on my radio show about it.

Recently, I connected with a potential gentleman caller online. We had a very pleasant initial exchange with discussion of going for a walk (my favorite first date, especially during the pandemic). Then, there was a huge lag when it came down to scheduling. I reached out to him with the “what gives?” He finally responded that he thought I seemed familiar and so he looked me up.

“Hey, Shannon. I thought you looked familiar and I figured out why. I saw you speak at a coffee house several years ago. You were one of several speakers and you were very entertaining. Your topic was online dating and stories about guys you had gone out with.

Having said that. I wouldn’t want to become “content.” I wish you well.”

This really took me aback. I stopped talking about my adventures in dating publicly quite a while ago. It was a gradual, dawning awareness that I no longer wished my earnest search for love to be a source of other people’s entertainment.

To be honest, I think I was so into it for so long because a) I did enjoy being entertaining, b) it was a repeating tape loop I didn’t know how to get out of, and c) I somehow thought telling those stories would help me manifest and welcome romantic love into my life. Like, maybe just periodically reminding everyone through my stories that I was single and ready to mingle would keep me on the radar for an unexpected person to turn to someone in their life and say, “You know, you really should meet my friend, Shannon…”

When I read Long Story Short (one of my favorite recommended texts about cultivating and performing personal stories), I was really struck by one of the sayings in the book. “You can either have a good experience…or a good story.” After that, I definitely started thinking as I walked out the door for a first date, “I’ve got plenty of good stories. I’m ready for a good experience.”

In some ways, I had previously manifested these perhaps entertaining, but ultimately unsuccessful stories becoming true over and over again, an unfortunate ouroboros.

But now–*gestures around at all this–I really want a new story.

It seems poor John could not be convinced that I wouldn’t make him “content.” And, now I have gone and done that anyway! (But never again, I swear!)

Take this little parable as an opportunity to pay attention to the stories you’re telling. You never know who might be paying attention.

All of a sudden…
Shannon

P.S. Bring on the good experiences!