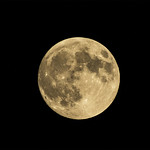 I’ve written on the StoryMuse blog before about the way my highly specific memory recall is a blessing for my storytelling, but at other times, a burden. It’s truly surreal to feel like I’m fluidly dropping in and out of multiple timelines in any given moment.

This time four years ago so much was happening. I mean that at multiple levels–in our world, certainly in my personal life, and even celestially. We were blessed with three Super Moons in a row, one each month in September, October, and November. I remember thinking that these were auspicious signs for the imminent change that was about to occur politically. I had no idea just how right and wrong I was. Change is such a tricky word, no?

As the election season has dragged on this autumn, I’ve found myself falling back in time to that autumn four years ago when the wheels of change were starting into motion for me. My personal life was in extreme upheaval in ways I can hardly describe. The actual week of the election I was still trying to juggle my full-time job as the managing director of a dance company while also conducting a storytelling residency at Virginia Tech. The residency was to lead to a culminating event for the ten-year anniversary of the shootings the following spring.

Driving back from Virginia just a few days after the election, as the news cycle continued to focus on the surprising outcome that so few had anticipated, a narrative was emerging about that surprise. We operate in silos and bubbles. It’s all chaos and division. We are not hearing each other.

By the time I got home to Atlanta, I recognized that I simply had to stop ignoring my calling. Trying to fit storytelling in on the side of other things was not only no longer serving me, it was preventing me from serving the world as my most authentic self. It was time to get down to my purpose.

If you’re reading this post, then you may have followed along from there as one thing has led to another. Virginia Tech led to Trigger Warning. Trigger Warning led to Devereux. Devereux led to Shelter & Place…and so on, and so forth. The work has not always been easy, but it is always fulfilling.

With all that swirling around in my mind, I have decided to launch a Patreon.

If you’re unfamiliar, it’s different from a one-off crowdfunding campaign for individual projects like you have supported in the past.

Instead, Patreon is a chance for you to invest in the StoryMuse mission as a monthly subscriber–just like NPR! By doing so, you’ll be saying…

I hope you’ll come along for this new part of the journey. Because as much as 2021 is a lot of unknowns, I can tell you that the work of transformative storytelling has never been more crucial.

Thanks, as always, for your support.