Getting Inside a Bunny’s Head pt. 2 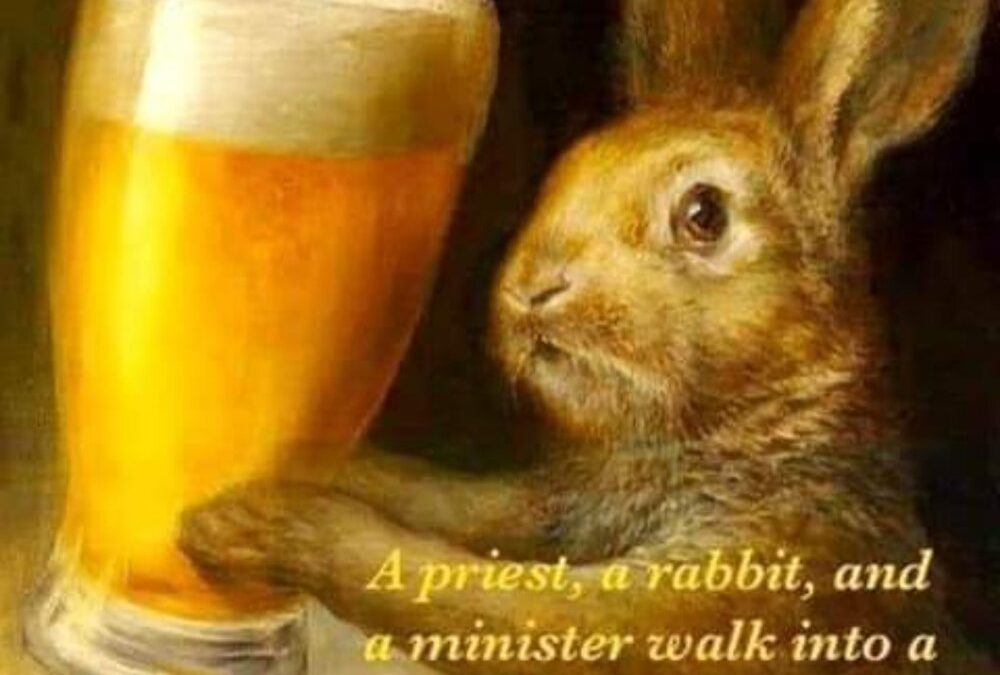 In my work, I talk a lot about how the act of cultivating and telling our personal stories is a veritable hotlink to empathy. The more we dive into our stories, the more we understand who we are, where we’ve come from, and what connects us to the most universal themes. When we do the life maps exercise, there’s always this moment where you see people leaning forward into each other’s stories, connecting, in a completely different way.

Where last we lay our scene, I was seeing the world through new eyes. Bunny eyes, to be specific.

I spoke about how nice it was to get out and be amongst people, to cultivate joy in a time when joy is one of our most precious resources.

It was also, mostly, a very lonely road, even if different from the days that can go by all alone at my house. I spent a lot of time walking down the street with no one around, and for once, looking at my phone was impossible, so I had to be alone with my own thoughts. Even when I wasn’t alone, walking in and amongst people who were living their own day, but not being able to look them in the eye, to smile and laugh with them, to know and be known, carried its own level of strangeness. It made me realize that this was the clear physical manifestation of what it can feel like even when life is “normal.”

In a recent episode of her new podcast, Unlocking Us, Brené Brown speaks with former Surgeon General, Dr. Vivek Murthy, acclaimed author of TOGETHER: The Healing Power of Human Connection in a Sometimes Lonely World. They talk about how pervasive loneliness is and how much that contributes to maladaptive behaviors. It helped me understand that phenomenon I’ve often experienced of being alone in a group of people I know well, even my family. Brené and Vivek explore loneliness on three levels:

When I got inside the Bunny costume, I realized that I was experiencing empathy for myself in an entirely different way because it became a hyperbolized state for an going problem for me, even and especially as I tried to entertain others.

I’m not the first, nor the most eloquent, person to complain about being alone during the COVID crisis. Nor do I have much more intelligent thought to offer about why being on Zoom calls for a significant portion of the week is THE. WORST.

One of the harder things for me about living in a virtual world all the time is having my own middle-aged reflection reflected back to me day in, day out. I whined about it on social media a lot in those first few weeks, as it was such a rude awakening. We don’t go around having to look in mirrors while sitting in meetings in the real world. Finally, I did discover the “hide self view” setting, but not before I had developed a nasty habit. More often than not, I would opt out of being on camera. I started to realize that, energetically, this is not unlike conducting a meeting while standing at the door.

I call it the Zoom Hokey Pokey – one foot in, one foot out.

It became very easy to convince myself I could multitask, not being fully present for anything. As the weeks went by, I got worse and worse at it. To add to the problem, unlike the real world, where you can only be physically in one place at a time, you can stack these events on top of each other, going in and out of gatherings that have already started, leaving before they’re over.

Before long, I realized that my happiness was taking a nosedive.

I had a sort of Bunny Epiphany, where I was able to tap into myself in a way that was even more authentic and empathetic than maybe ever before. I woke up one morning, had a conversation with myself, and I just got really clear.

“Self,” I said. “I think we’ve doing a lot of hiding lately. Doing Zoom calls with the camera off all the time is kind of like you hiding inside a Bunny costume. Also, agreeing to too many meetings in a row is not healthy boundaries, and we’ve done too much therapy not to have better boundaries.”

“But it’s always been so easy for me to disappear,” I replied to myself.

“Yes, exactly,” I said, seeing deeply into myself and loving myself anyway. “I don’t want you to disappear. You have too much to offer the world.”

So, now, both with virtual reality and with actual reality, I’m still doing the Hokey Pokey, but I’m trying to keep it with the final verse.