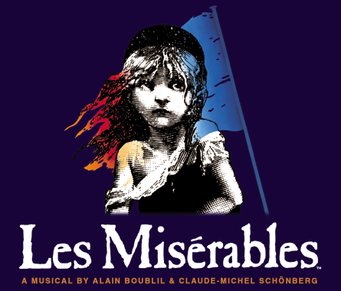 The theme of my recent meditation retreat, or sesshin (“seh-SHEEN”), was “Always Beginning.” Despite the fact that the retreat was mostly silent, the doshi, Chimyo, would give a talk each night. Our first evening, she spoke about the importance of beginners mind, no matter where you are in your life, your journey, or in your chosen spiritual practice. Chimyo referenced a time in her own life, when she went on a trip to visit a place she’d heard about for more than 20 years. Because she’d built up the experience in her mind for so long, she couldn’t help but feel disappointed when it didn’t turn out to be exactly as she’d imagined. With this as her example, our doshi reminded us to try and take everything in life, including and especially our time at the retreat as an opportunity to practice

I may or may not have fallen asleep sitting through the first morning’s meditation.

As happens so often with group dynamics, the participants had quickly settled into a pattern of sitting in the same place every time. I faced a distinctive pattern in the paneling that, if I stared at it long enough, looked rather like the Les Misérables girl, Hitler, and a Dali painting all melded together.

Staring at wood and searching for patterns is rather like staring at clouds for the same reason. My Memaw used to tell me how much she loved to lay outside on her family’s farm in Tennessee as a young girl and look up at the sky. It would entertain her for hours.

Imagine a child these days sitting completely still, left to her own devices, and just staring up at the sky? Think about all the children you see strolling through grocery store aisles with their heads in an IPad or their parent’s phone. You see them wired up in church pews and cars seats. Of course, I remember how, with my generation, we had designated stationery collections tucked in to the back of pews with tiny golf pencils that said “Scribble Pad for Li’l Methodists.”

Midway through the second day, right when it felt like I was sinking in deeper, just about to get into a truly meditative mindset, a woodpecker came to visit the outside of the temple. He knocked and knocked. And knocked and knocked. And then he knocked some more. I mean, this went on for at least half an hour, with only a few breaks here and there to make us think perhaps he’d flown away. Nay, he’s still there!

You may be familiar with “the trickster” character in Native American mythology and other cultural traditions. This archetype shows up in many forms and across all continents. Just a few iterations:

My friend and one of the dearest creative inspirations and mentors I’ve ever had, Jo Carson, has a fascinating passage about purchasing a Kokopelli whilst traveling out in the U.S. Southwest at the beginning of her book Spider Speculations. She speaks about the warning the shopkeeper gives her before purchasing the little statue and its strong magic symbolism for change. She feels at the time that perhaps change might be welcome, but she underestimates the deeply disruptive and seemingly unexpected and unwelcome change that occurs instead.

As the woodpecker continued his pesky business, I kept waiting for all the other participants to break into laughter. Nope. We all just stayed silent, staring at the wall. The trickster’s job, amongst others, is to make us wake up, invite us to pay attention, question our reality such as we know it. I started to get angry at the other participants for their unwillingness to break our silence and acknowledge what was happening. The woodpecker started to feel like a metaphor for so many things like racism and oppression and poverty that we were just sitting there ignoring.

More, I was angry at myself for my inability or unwillingness to tune out the stupid bird. I kept wondering if it was really true that I had been about to fall into a meditative state right before the woodpecker showed up or if I was just telling myself that so that I could hate him even more. I could blame the fact that I was never able to go there on his distraction.

Here’s what I think and what I know. Even if I never sank into that deep place I was anticipating, turning off my phone for three days was a total win. Re-examining my relationship to food was overdue. Getting to know the other people there, such as we were able to through limited talking was a gift. Even that damn bird had a lesson to share with me because he made me think of my friend, Jo Carson.

I was able to emerge from my retreat with that commitment to embracing beginner’s mind on a lot of fronts. Whether it’s my search for a lifelong dance partner or my relationships with the people who are already in my life or my relationship with myself, my belief in my own resilience and what I’m capable of, I have thrown away my assumptions and am now just exploring with eyes and arms wide open.