The Revolution Will Not Be Cynical 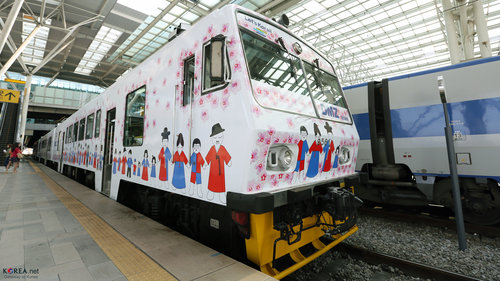 The other day I was speaking with a new friend on the phone.

Ok, ok, it was a phone date with a potential love match that didn’t work out. My ‘gentleman caller’ remarked during the are we somewhat in alignment around politics phase of our conversation, “Wow, you are really well informed to seem not very cynical.” I just laughed.

First, I mostly don’t feel very informed, especially compared to some of my friends who can spout what was in the NYT or on the BBC today, chapter & verse. The fact that this guy thought I knew so much about what’s what was a sign that we might not be a good fit.

Then again, as I replied to him, seems like these days, no matter how much you truly understand about what’s happening with the Rohingya, the tax plan, or at Standing Rock, not becoming cynical is a daily practice. I recently wrote about the regular practice of appropriate vulnerability. Brushing your teeth, addressing privilege, uprooting racism, meditation & yoga—also “a practice” because they are never finished work.

In fact, I find myself gently, yet constantly, redirecting people who talk to me about my storytelling business. My storytelling practice I offer in return. Some of it may have to do with having worked and lived in the nonprofit world for so many years, thus almost feeling allergic to actually turning a profit, but it’s much more than that. I do see my work as a practice, a discipline. I have so much practicing to do, for myself and together with others.

“People will honor your boundaries as much as you honor them for yourself.”

When I was home for Thanksgiving, I got to catch up with a high school friend. I recounted one of the major stories of my year to get her take on things. She just shook her head when I was finished. “I don’t know,” she reflected, “the longer I live, the more I believe that you should just expect the best intentions out of people.” She was right. In this situation, I was totally ascribing negative motivations from the other person involved without really knowing where the behavior was coming from.

The other thing about that situation was that I had already worked myself into a bad state with the other person. I felt taken advantage of and unappreciated. Because I was already carrying those negative emotions, it wasn’t a far leap for me to project ulterior motives onto this particular moment.

Thinking back on all that had transpired in this relationship, I had not put down good personal boundaries for a long time. If I’d done a better job at self-care before, I probably would never had reached that place of resentment.

And how often does that happen? When we find ourselves in a place of resentment, even toxicity, where once there was an easy friendship or family relationship, what was our own responsibility for speaking up for ourselves, walking away from what doesn’t feel good, or just owning our own stuff sooner than later? When you think back on relationships that have ended (gone down in a ball of flames?), how much responsibility did you have for keeping quiet far too long before your grievance (or just the silence of what you weren’t saying) grew unbearable?

That said, remember that you are a pretty smart cookie. You know the value of self-protection. Sometimes walking away from something that’s not filling your vessel is the right thing to do.

The personal is political.

There’s no denying that we are in a moment in our culture. These are times we will tell our grandchildren about. The small-to-large revolution that happened in 2017 when women started speaking up. When the boundaries that had all been crossed—from the smallest to the most egregious, from just once to over and again, systematically—were all brought to light and hopefully eventually those boundaries were re-drawn and finally respected.

The quote above about people honoring your boundaries as much as you honor them for yourself was spoken to me by a person I once worked with. I so appreciated the strength of the sentiment in the moment. She was very good at honoring her own boundaries, but lousy at it when it came to others. In the workplace, politics, in faith communities, imbalance of power has led to women being silenced in their experiences of humiliation.

So much that can and should be said on this subject.

Hope is a train station.

Another friend of mine, just back from traveling in Japan and South Korea, told me that there is a beautiful train station at the demilitarized zone on the border with North Korea. You can buy a ticket to go there and see the DMZ and just be in that space.

The South Korean government built this bright, beautiful train station with the specific dream that diplomatic relations will be restored. That they would one day be able to stand in this architectural wonder they’d created and greet their long-lost neighbors and former fellow countrymen to the north.

Think about it. All the money, time, and resources that were poured into the physical manifestation of a hope-filled rapprochement.

If not being cynical is a daily practice, what would be your version of that train station? What dreams may come from laying down tracks toward a train that does not yet exist? Where do you need to restore diplomatic relations? And where do you need to celebrate having laid down the healthy boundaries that may have disinvited a toxic person from your life?