The Garlic Epiphany & My Superpower 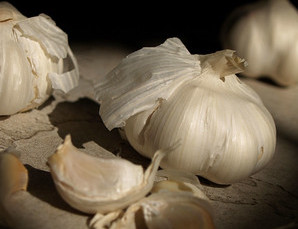 I don’t often talk or think about this much, but I had a sort of first, failed attempt at grad school.

It was during that often discussed, now turning into mythic wandering period in my early twenties. I’d been living in Blacksburg for about a year, working all around, sometimes on, the Virginia Tech campus. I had the most mundane, mind-numbing jobs you could possibly imagine. [Ya know, I think I might be working in the back of my mind on a new performance or piece about that time in my life and the search for purpose it represents because it just keeps coming up…] 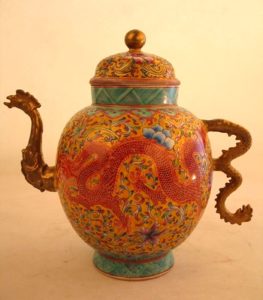 After having been fired from substitute teaching [one of my favorite stories to tell live–it involves standing on my head and singing “I’m a Little Teapot”], I decided to dip my toe in the water for becoming a for realz teacher. I had a semblance of a for realz job by then, so I could only take one class at a time, starting with Young Adult Literature. I mean, how fun is that?!

The class was structured around working our way through current/popular books in YA fiction, especially highlighting different aspects of life from Black, Latinx, queer, and other perspectives. When we read the book about a young teenage boy questioning his sexuality, the professor asked us to write a reflection on it, especially as we might assign a class to do.

This was only a few years after my uncle had died of AIDS, having done so without our family’s ability to speak publicly on the nature of his illness. Being forced to hide who he was had haunted and shaped me. I took the assignment very personally. 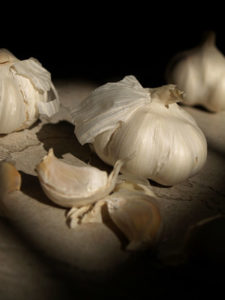 “Garlic sensation.” by Sebastian Mary is licensed under CC BY-SA 2.0

What emerged was an essay, “The Garlic Epiphany,” comprised of short reflections on a world without him, a world where his voice was silenced, how I struggled to feel alive on days spent stretched out for too many hours on the couch he’d left to me. The title came from the ending where I was struck with the very sensory experience of standing at the stove, stirring garlic in a pan, the pungent odors and crackling sounds washing over me, understanding that I was indeed alive and that I couldn’t sacrifice that to the anger and depression.

In sharing this work, I distributed the whole page to everyone, but cut up the small passages and asked individuals sitting all over the room to read them aloud so that the words popped up randomly out of nowhere.

When it was over, everyone sat there in one of the longest, most awkward silences of my life.

The professor was clearly moved by the writing and performance. She asked everyone to get out some paper and write me a note about how they felt about this piece and the disclosures therein. They passed their notes to me like we were back in middle school.

It was not the first time, thinking back, I made people slightly uncomfortable in class, nor would it be the last.

What I’ve come to understand over time is that this phenomenon is what happens when you’re willing to be (painfully?) vulnerable in a space that’s not traditionally reserved for vulnerability.

“Vulnerability: To carry a wound with grace.”

Unsurprisingly, my tentative explorations of becoming a teacher didn’t work out. As I continue to grow more deeply in my practice as a storyteller & coach, however, I’ve come to understand that vulnerability is, hands down, the most important skill. I often qualify the word “vulnerable” with “appropriate”, in that, we can go too far.

Still, that core willingness to uncover and open up what others are most often trying so desperately to hide, to bury–it has served me well, and yes, still gotten me in trouble on occasion.

More times than not, though, I find that when I’m willing to offer myself in such a capacity, people accept the offering as just that, a gift. It’s so beautiful when people accept that gift and return some of their own gorgeous, messy, unique, human story in return.

As this is a season when we are often thinking about what is the special gift we can give each other, I hope you remember that your story is one of the most special things you can offer. Calling someone up and spending time together is as rare and precious as anything else. 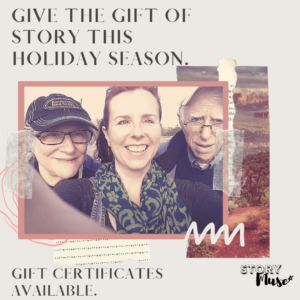