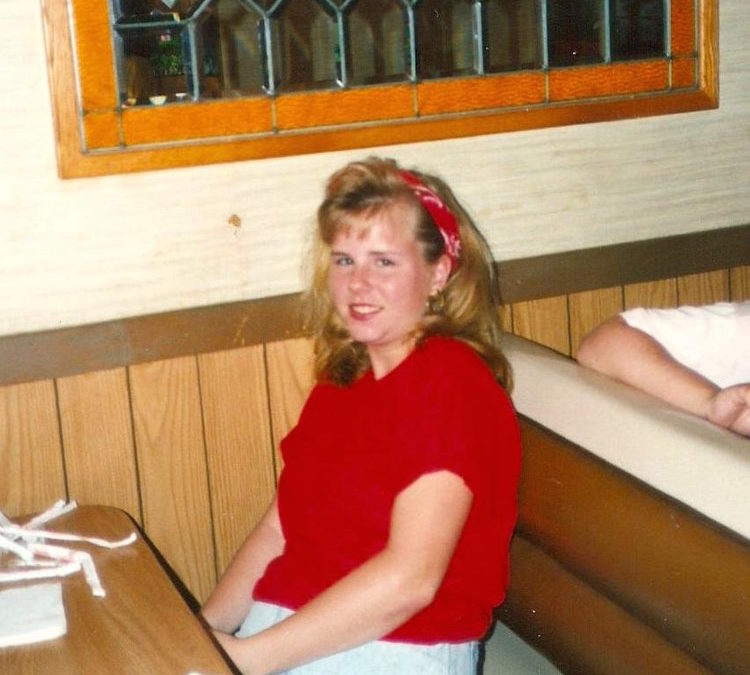 I’m going to tell Mrs. Byrd that Moose is molesting you.

The words were terrifying, accusatory, and a relief all at the same time.

They echoed in my head, like a gunshot rattling around in a steel room, pinging off walls and floors and ceiling, with no escape. My friend wasn’t trying to have this effect on me. He just wanted to help. But still, I was afraid.

Middle school: a constant barrage of humiliation. I prayed it would end, but it felt like relief was never going to come.

There were little insults happening all the time about fashion and crushes. We had code names for the boys we liked so we wouldn’t be found out and could talk about them openly. Ernie Gray became “Nicky Friday” because “E” is the fifth letter of the alphabet and Friday was the day of the dance.

There was the semester where a couple of girls decided to zero in on me as the target for their angst and would threaten real bodily harm in the gym locker room or at the bus stop, but mostly just manifested in them kicking the backs of my legs as we walked up the stairs between classes.

One guy called me “6” for most of middle school and on into high school. Couldn’t let it go, thought it was hilarious. He said I had “6 Eyes”. Sure, girls who wear glasses are “4 Eyes,” but my boobs were big and pointy, so he said I actually had six eyes, and he would yell “S’up 6?” “Hey, 6!” every time we had a class together.

But maybe the hardest part of middle school was the period of time when Moose took a liking to me in a way that was…utterly unwelcome.

Moose was just one of those kids that was hard to have compassion for. Even when we were in the fourth grade, and he was already topping 200 pounds, his bad attitude was starting to form because of the abuse and humiliation he was clearly suffering. I remember wanting to feel sorry for him, but he just made it so difficult.

Fourth grade was 1984 into ‘85, the height of the breakdancing craze. Moose and Jed Patterson set out to demonstrate breakdancing for us during show & tell. While Jed, a very lithe little boy was great at making his joints stiff like a robot, Moose was a mess. Frustrated by the comparison, but still wanting attention, he ran and slid on his knees across the floor. He was so awkward, though, unable to control his move, that he slide right into our teacher’s desk, putting a huge dent in the side. We all laughed. I knew I shouldn’t. The teacher was so angry at us, but I could tell she was angry at Moose too. He skulked over to the side, bottom lip puffed out, unable to look anyone in the eye for the rest of the day. It was one of those moments where you could tell something in someone’s character is being solidified.

So, dead in the middle of middle school, Moose started liking me. But it wasn’t like when we girls had crushes on preppy boys who were inaccessible. There were no code words. No notes shoved into books. No stolen glances between the cracks of lockers.

Because Moose was who he was–large, virtually friendless–and I was who I was–small, bullied, cowed into fear most of the time–he just started finding me in the hallways after school, sometimes on the bus, but I usually managed to escape him there because there were more people around to hide amongst. I can’t even remember how it started. I just remember that, at its worst, he would push me up against a locker and grope. I would stand there, feeling the cold metal against my cheeks and hands, and think.

Please let him just stay on the outside of my clothes. (He did.)

He just doesn’t know any better.

This is his payback for everyone making fun of him. I have to accept this on behalf of everyone else.

If I ran, could I get away? If I screamed, would anyone hear me?

But generally, I knew the times he’d found me, he was there because he’d figured out the hall was empty. And it was my fault for letting myself get caught again.

Obviously, some of my friends knew this was happening to me because they said they would tell our teachers. I didn’t want them to, but honestly, I can’t tell you why. I think I was afraid of the embarrassment, the scandal. Of more people finding out. I didn’t know for sure what I’d done to deserve it. People knew I’d never really liked Moose.

What ended it? He showed up at our church one Saturday when we were having a youth group car wash fundraiser. Everyone else was outside, and I had gone inside to go to the bathroom. I was coming out and walking down the hallway, when there he was.

Somehow, though, it seemed Moose knew as soon as I looked at him that he’d crossed a line. He was on my territory now. Even though we were alone in another hallway, I was not alone in this moment. I started backing away. I knew all the hiding places in this church from playing Foxes & Hounds during lock-ins. I took two steps backward, but then I stopped, me in the semi-darkness, him standing in the sunlight streaming in from the door at the end of the hall.

“You have to leave,” I said with as much force as I could muster. “I don’t like you that way. If you don’t leave me alone, I’m going to tell.”

He left. And he never touched me again.

I’ve been thinking about this story a lot in the context of our political moment. I don’t think I ever told an adult in my life it had happened. I think there are a lot of men, both powerful and not powerful, who think it’s their right to grope women in any number of ways and times and places.

I’d like to think the marches last Saturday that happened all over the country, indeed the world, were a show of force that most women will not put up with this behavior any longer. So, are we in a unique political moment, or is it truly the dawning of a new movement?

Unfortunately, I’ve seen enough evidence in my feed that there are plenty of men, but even worse, other women out there who are still trying to keep each other down by saying it is inappropriate, unChristian, or disruptive for us to have this dialogue. How is it inappropriate to don a pink hat and walk through the streets, to take back the conversation about our genitalia being grabbed?

We define our dignity.

As women, we have to keep these things out in the open and public moving forward. Many of us have encountered countless, seemingly unmentionable events like the one I’ve just described. Most of them way worse, many of them just as deceptively mundane. All deserve being brought to light. We’ve participated in the conspiracy that’s kept us down by remaining silent to our own moments of…Victimization? Humiliation? Confusion about the rightness and wrongness of a situation?

I hereby invite you to call out the moments, the incidents, you’ve put aside because you thought they didn’t matter, that no one would listen, or you didn’t want to think about it again. If we are more public about All. The. Things., then maybe people will stop denying they exist, or just happen in pockets of isolation, and then we can turn this moment into a movement. Maybe. And, even if you’re not ready to come forward, you can just know that I celebrate you, I honor you, just like I honored and celebrated with millions of other women and men last Saturday.

It’s time to be inappropriate. To end the silence.

It’s time to grab back.