Joy Comes with the Mourning 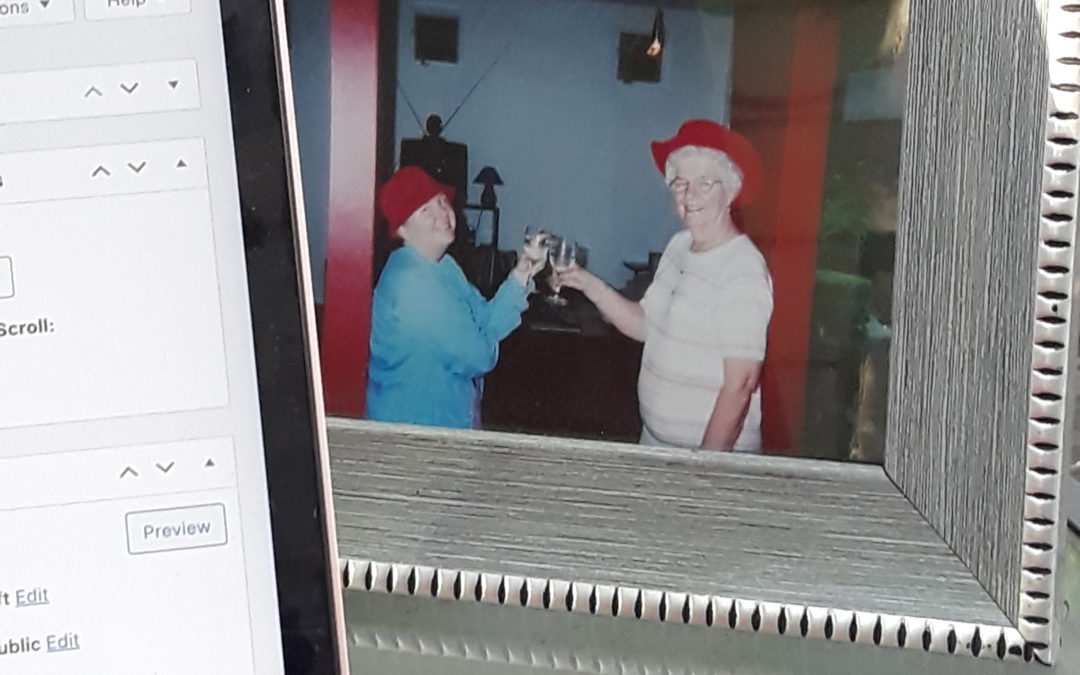 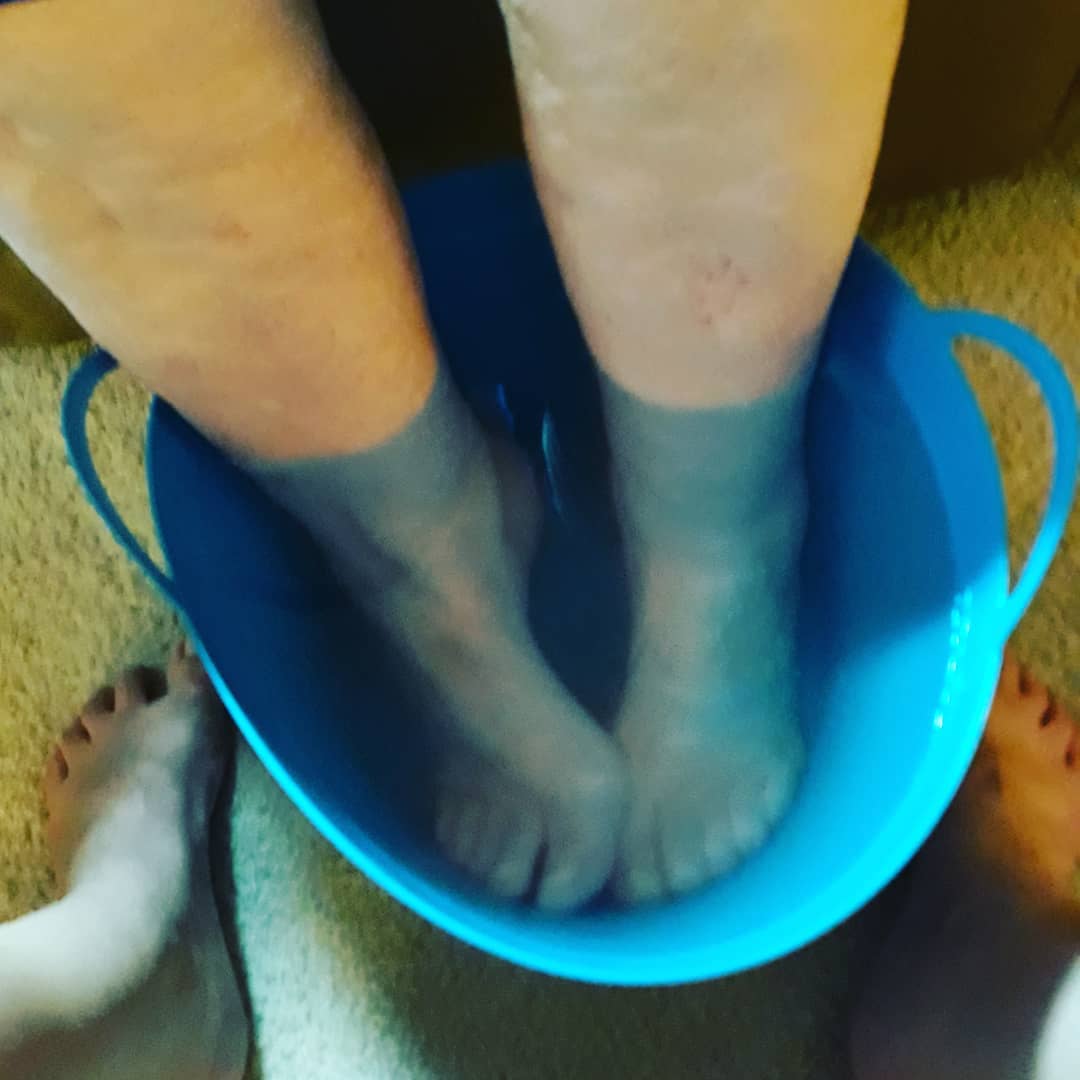 After I arrived home last week, Facebook memories advised me that I’d been there exactly one year before, giving my grandmother one of her pedicures, which she just called “doing her feet.”  A poignant reminder of how much things can change in a year, no doubt. 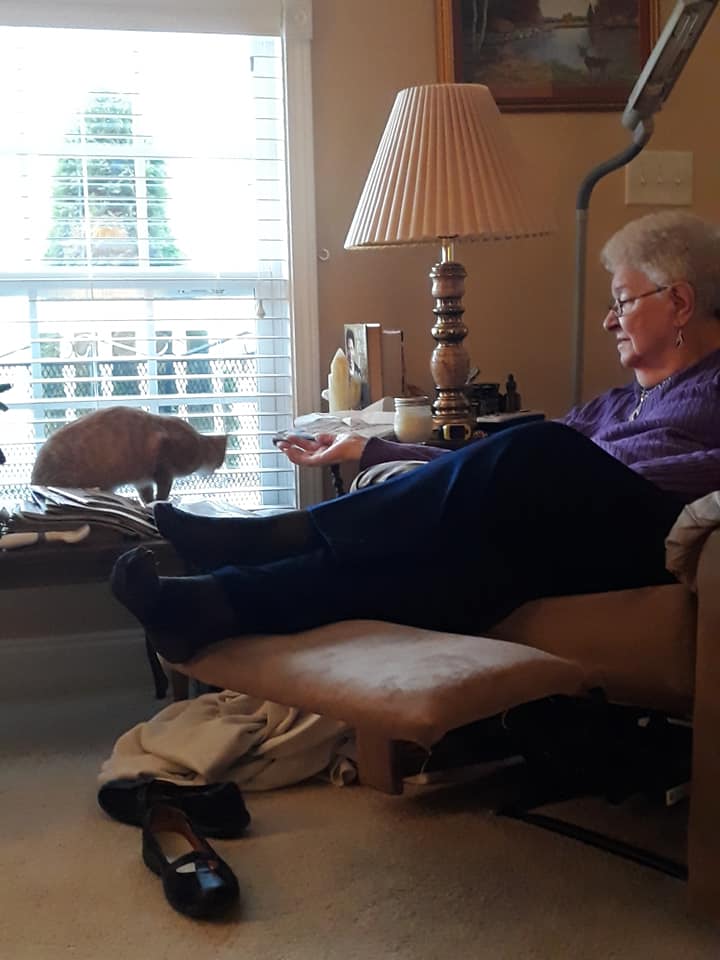 The mischievous cat, Annie, we got her a few years ago was the final love of my grandmother’s life. 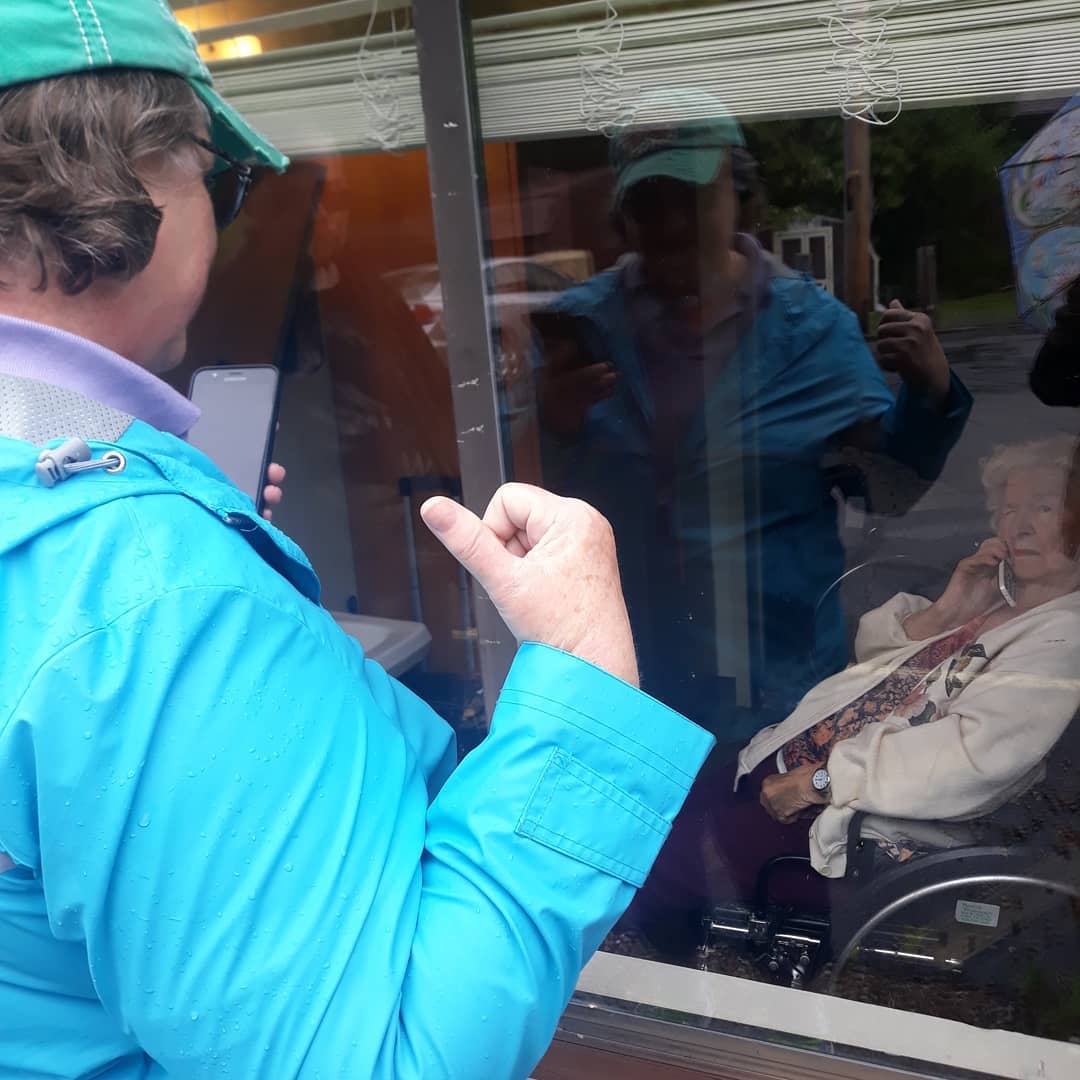 Most days, my mom (literally the best daughter that anyone could ever ask for) would go and stand outside her room, talking to her on a cell phone. 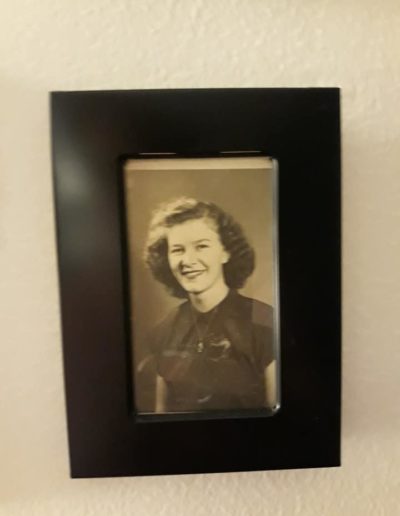 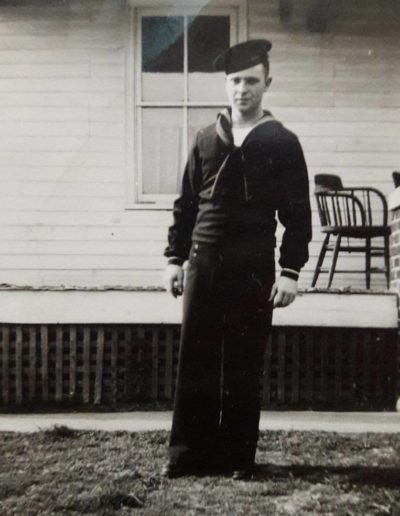 On their first date, my grandfather nearly made a drastic mistake, telling an off-color joke about squirrels to my grandmother. Even though she was quite the prude, she chose to look past his Navy boy ways and focus on the handsome blue eyes. Thank goodness, and probably thanks in no small part to my grandfather, she loosened up over time.

My grandmother died last week. She was my last living grandparent; I was privileged to have known them all.

“Ma” and I were about as different as we could be in many ways. Sometimes we talked about those differences, but most of the time we ignored them.

You may remember this piece I got published last year that celebrated our visits, especially the “pedicures.” As I drove home to Tennessee to prepare for her final celebration, it struck me that the two best pieces of writing I’ve ever done were about my grandmothers.

Mary Nell Bales did not have an easy start in life. She was left to run her family’s grocery store in her teenage years, only finishing the eighth grade. Over those long hours in the store alone, she taught herself to write on brown paper bags and developed a beautiful, unique style of personal calligraphy. In her later years, she commissioned Bibles, certificates, and other important documents with that handwriting.

My grandmother carried a mountain of grief inside her. She lost two of her three children when they were each in their early thirties. My grandfather died quite suddenly when they were in their early seventies, and then she was blessed with a late-in-life companion with whom she was able to spend time and go on adventures until he also passed away.

Sometimes, when she got pensive, sitting in her recliner in the late afternoon sunlight, she would say, “Only the Lord knows the burdens that I carry.” When I think about it, Ma is one of the reasons why I wanted to write about Walks with Grief. Watching her handle her grief, sometimes well, sometimes not as much, made me want to understand my origin stories and what happens when pain gets stifled.

It would be a gross oversight if I neglected to mention that, as my grandparents’ relationship began with a joke, in her later years, my grandmother became quite the joke teller herself. Frankly, even some of her jokes strayed toward the off-color.

After a stroke earlier this year, we made the decision to move my grandmother to a nursing home. When the pandemic hit, that became a lot harder.

On her final day, my mom took homemade soup and cornbread to the front doors of the nursing home and then headed around to my grandmother’s room to watch her enjoy her favorite meal through the window. Just a couple hours later, she got the call that Ma was punching her card.

Apparently, she’d been getting ready for bed, with one arm in her nightshirt, when suddenly she giggled, fell back, and was gone. There has been much discussion about the fact that she went out laughing, whether she might have heard Papa whispering a joke in her ear.

We’ve teased my mom about the “killer soup.” When Ma’s niece, Betty, herself 83, came over and had some of the soup, we all got quite tickled when she said that it was so good it was, “to die for.” This sort of gallows humor, to my thinking, is one of the best things about being part of a family. It certainly makes the natural passages of life more palatable.

As we said our final goodbyes, my grandmother’s favorite scripture was read:

Weeping may tarry for the night,
but joy comes with the morning.

I agree that a good night’s sleep does tend to change one’s perspective. However, as you know I’m wont to dwell on the yin & yang of things, so I’d rather just revel in how the joy just gets mixed up with the mourning.

P.S. Re: that fun picture up top. It’s a long, not interesting story, but for a year in my late 20s, I lived in a very unusual house that was built by a Virginia Tech architecture professor. My grandmother and her companion, Gene, came to visit for a few days. One evening, she got unusually playful and giddy, which led us to don my two red hats and pose pictures all over the house. As Ma never drank a sip of recreational alcohol in her life (only medicinal “rock & rye” when she had the worst of chest infections), we filled wine glasses with Sprite. I will never forget the gift of that evening, watching her fully come alive with girlish silliness. I’ll spare you the picture where she crawled into the bathtub fully clothed to pose with her cowboy hat and Sprite-filled wineglass.

Or maybe I’m keeping it just between the two of us.