Hit by the Train 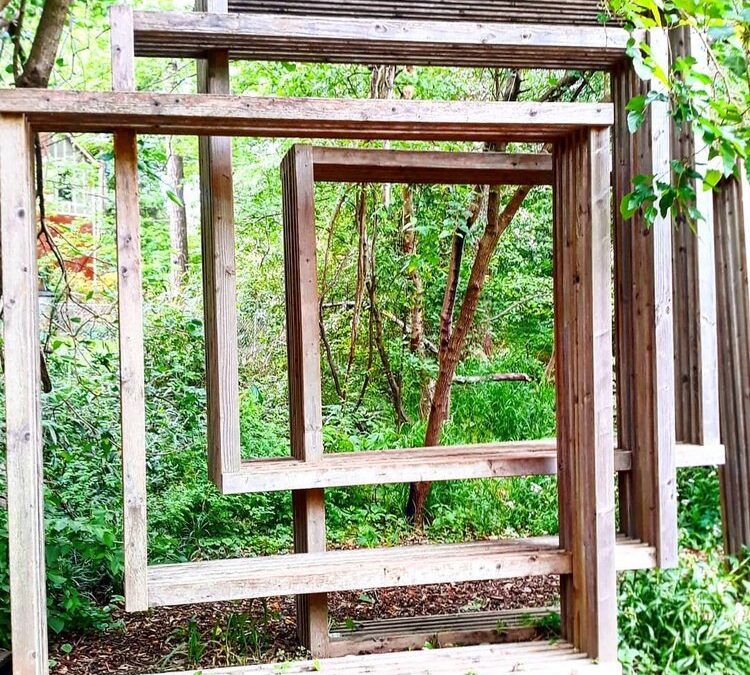 When I was at Virginia Tech when September 11th happened, we who were in student life/student engagement had our jobs cut out for us. These young people found themselves in a whole new, scary world. It was our job to help them try to understand it, to try to find healing, to maintain their sense of purpose. It was a time not unlike what we’re living through now.

About a week or two after 9/11, a woman I worked with on campus got a call. A different, much more private, tragedy had occurred. Her father had been killed.

K. was from somewhere in the metro New York area, New Jersey I think? One afternoon, her father was out in his backyard, when all of the sudden a train came barreling through out of nowhere. Old abandoned tracks ran through the yard, but they’d been there so long that no one even thought of them anymore.

Because of everything that was being diverted away from New York City during those bizarre and stressful times, this train had been sent down the long defunct track without any warning to the people who lived along its path.

Ever since we started into this strange new time with COVID-19, I’ve been thinking a lot about that incident that killed my colleague’s dad.

We seem to be obsessed with the economic impact of this moment, but we are a society, not an economy.

We necessarily are thinking about hard numbers of the primary deaths, ICU beds, PPE unites for frontline workers. However, there are a lot of people in this world right now that are the unexpected and unquantifiable victims of unannounced trains.

I’m thinking in particular of the rippling effects on our mental health. I know so many people who struggle with anxiety and depression under normal circumstances. This pressure cooker in which we now find ourselves has amplified all of those challenges.

Even if we aren’t feeling the effects in this moment, I fear that suppressing it now could bankroll on us, catching up to us later. I know I’ve experienced this phenomenon in my own life.

My uncle died of AIDS at the beginning of my sophomore year of college. It was a very difficult chapter in my family’s life for many reasons. It was the early 90s. Being gay was so much more stigmatized than it is now. Ken waited until the very end to let anyone know he was dying.

For a very long time, I questioned who I was, who we were as people, that he would need to hide. He was also just a profoundly cool human. I’d lost my cool Uncle Ken.

Because I’d missed the first couple weeks of class, I busted my tale the rest of the semester to catch up. Looking back, I was probably also working so hard also just to suppress the grief I was feeling. At the end of the semester, I got all As.

The next semester? I dropped off a cliff.

All of that energy, the overcompensating, it all caught up with me. I got hit by the proverbial train.

I had inherited my uncle’s car, which I loved to drive all over Southwest Virginia. As the lethargy and inertia of depression set in, I started driving to class, even though it was a very small campus. As a student who lived on campus, I wasn’t supposed to park anywhere but my own dorm. I risked parking tickets most every place I drove.

One afternoon, sitting in the Red Fox, I found myself staring out into the pale sun of February, just trying to literally will myself to move.

I had gotten way behind in a history class. I don’t know why. Sometimes, you just let that one thing start to pile up; it seems impossible to dig your way out.

I had driven to class on this day after missing a few before, and we had an essay exam. It was time to pay the piper. I sat, one hand on the door handle, feeling all the weight in my body, noting how my mouth didn’t even want to work right, like when you’ve been to the dentist.

Looking back on that moment, I wish I could whisper in that girl’s ear. I wish I could tell her everything was going to be ok. That she would be happy again. And then sad, and then happy. Bored and enlivened. Fat and then thin and then fat and so on…

I think that’s why I’ve developed such a fondness for the Buddhists. I love their notion that true happiness comes from understanding that no state as we perceive it–neither good nor bad–is permanent.

We have to get better at looking at the whole picture. We have to start focusing on all the parts of our health as a people. Otherwise, we are going to keep getting hit by the train.

We might even end up being the train in someone else’s backyard if we’re not careful.

Recommended listening: This podcast episode which discusses how some people over function in the face of hard moments (take over and organize), while others under function (freeze up, hole up and let others do the taking over.)