History is Not a Fact pt. 1 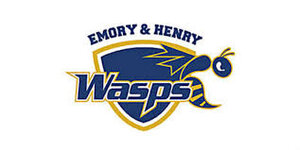 History is not a fact.

When I said the words to him, full of conviction and indignation, it took him aback.

“What do you mean history is not a fact?”

“I mean history, as we know it, is not factual. It’s a constantly changing thing. Have you never heard the saying, history is written by the victors? That alone implies that other versions of history exist.”

He sat back, clearly a little knocked off his game.

It was the fall of 2015. I was at an Emory University event organized around stories, food, and dialog (my three favorite things, especially when combined!). Somehow, I’d magically wound up at the same table with the then president of Emory, a rather imposing human. The topic of our story circle: A time in our lives when we had helped exact some change. Then, another time when we were in the wrong and needed to apologize.

President Wagner had been in trouble a year or so before this evening for using the infamous three-fifths compromise as an example of good political wheelin’ and dealin’. He told the story from his perspective to our small table of eight. I was very surprised that he was willing to discuss his very public and embarrassing gaffe and all the fallout as a result. I was less surprised that he had a lot of excuses and historic reasoning and mansplaining about his position on the matter.

Because I’d gone to Emory & Henry College in Southwest Virginia (named after the same Emory, and steeped very much in the same Methodist tradition), I offered a story from my time in college. When I was in school, the esteemed poet, E. Ethelbert Miller had given a speech for Black History Month, which sparked a huge uprising in our tiny student body.

We wanted to no longer be the E&H Wasps.

Mr. Miller pointed out how very white our school was, complicated by some people’s use of the acronym, WASP, to stand for White Anglosaxon Protestant. The problem especially came from our school’s unfortunate branding. It often spelled the word out in all capital letters. As we had a small and growing population of people of color, many of us felt a change was warranted, maybe even past due.

A call went out for a huge rally on the front steps of the campus administrative building. Student campus leaders from many different organizations were invited to speak. As the current president of Women United, I had my turn. I have to tell you it was one of the first times I caught a glimpse, felt the fire in my belly, of what it means to use my voice for change.

Unfortunately, rich alumni often have the power to outweigh current student voices. Our movement was shut down fairly quickly thereafter. However, we still were able to move the needle on the issue, and even got the college to spend some money. They agreed to alter the logo such that it would always appear in cursive (rather than in all capital letters), and that the pesky stinging insect would perpetually appear next to the word so that no mistakes would be made about what kind of wasps we were. They even repainted the gym floor to reflect these concessions, which I thought was an especially classy move.

The whole time I was telling this story, I could tell I had President Wagner’s rapt attention. One part fascination, and one part terror at the prospect of student protests no doubt.

When time for open discussion after the story circle came, President Wagner and I got into a bit of an exchange. My story about the impetus to change the mascot led him to ponder statues. (2015 was also during an earlier spike in public debate on the removal of statues in public spaces, especially academic ones, if they were tied to racist and otherwise harmful history.) He sat there shaking his head. “I just don’t know that the answer is to erase history in this manner,” he said.

I could see the internal struggle in his mind playing out through his eyes. He was feeling pulled between a long, scholarly background as a white male steeped in white male history, and the other white noise that comes with alumni, donors, foundations, historic preservation, and such…read: the dollah-dollah-billz.

Eventually, I looked at him pointedly and said, “History is not a fact.” This was the moment that clearly got his goat and whereupon our friendly banter got turnt up, as the kids say.

I brought up some of the things we now know about history that were not there in the books before. “And this is not unique to your field, sir,” I said. “While it’s important for us to follow science, we have to hold space that what we know today is only what we know today.” We bantered about nutrition science and how, if people were stuck in the 1970s or 80s, they’d still be obsessed with low fat everything and guzzling down gallons of cancer-causing Sweet -n- Low on the reg.

“What about Galileo?” I quipped. They executed him because what he knew to be true was counter to what was accepted as common science.

I also mentioned the Highlander Center in Tennessee, where important Civil Rights leaders like Rosa Parks had gone to train before their acts of civil disobedience. “I grew up just 90 miles from this important and historic place, but I never learned about it in history class. Because I didn’t know about it, does that mean it didn’t exist? No one ever took me there on a field trip. You know where they took me? To Andrew Jackson’s homestead.”

In summary, “We have to evolve,” I said, “Even our history.”

EDIT: Since I originally made this post on June 30, 2020, I have learned that current Emory & Henry students have taken up the mantle again. I had no idea this was happening when I made the post, but of course, I wholeheartedly endorse their efforts to find a new mascot they feel represents them.

Recommended reading: The Power of Empty Pedestals on The Bitter Southerner