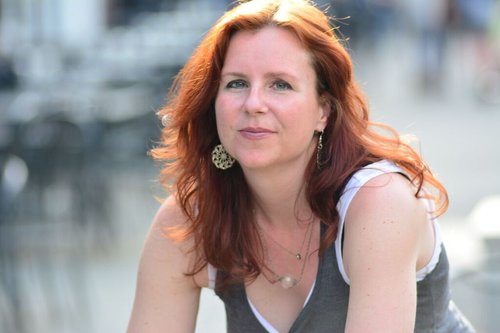 Since we’ve been at this for a while, you probably remember what “Blog Party” refers to, but in case you bonked your head like a cartoon character, or are just late to the party, read this post.

This post is by moi, Shannon. Here’s how I first introduced myself when I got to the Blog Party:

Shannon:  Greetings! I’m a storyteller and story coach living in Atlanta, GA. I’ve been blogging since 2006. My current blog is embedded in my website. I tend to write irregular reflections on storytelling, projects, and my journey. My subscribers are almost entirely a part of my personal network, so I’d love to have a chance to grow beyond the people who just want to make sure I don’t starve.

I recently went to the memorial service of a guy I worked with at Buffalo Mountain Camp. The following day I went for a long hike in the Great Smoky Mountain National Forest, terrain very similar to the mountainside on which our camp resided. As nostalgia is one of my favorite places to be, I went there.

Conrad the Snake was one of the long-time residents of Buffalo Mountain Camp in the mid-nineties. He was a rat snake, not to be confused with a rattle snake, though they look frighteningly similar. Rat snake = loves to eat rats. One of my less desirable jobs for a time as the camp’s assistant director was to go to town and buy mice for Conrad. To. Eat.

Really hated that part of my job.

One day, through circumstances I can’t quite remember ~ someone left the lid off the cage? ~ Conrad escaped. After he was gone for a few days, we began to mourn. You see, a domesticated animal cannot go back into the wild. Tim, our resident guru, explained that Conrad would only last a little while on the mountainside. Surely he’d starve or be eaten by another predator.

A week later, I led first aid orientation with new staff. I stood over this large plastic bin full of the fanny packs I’d lovingly made with all of their supplies. Counselors were to carry their emergency first aid fanny packs with them at all times. I opened and went through a sample fanny pack, like an alternate-universe Vannah White, showing the various pockets and Ziplock bags full of bandaids, creams, and ointments. I stood over the tub for like 20 minutes.

I’m sure you already know where I’m going with this story, but, before I get there, let me justify this moment to you a little bit.

Camp is a multi-sensory experience, y’all. There are “little altars everywhere”: feathers and stones placed lovingly for your secret pal to find; sloughed off snake skins are offerings of God’s creation made manifest here and there on hearths and in window sills. I’m not saying this totally excuses what I was so oblivious to, seeing and not seeing at the same time, but I was indeed distracted by my very important first aid business.

So, of course, the big reveal: Presentation over, as I bent forward to begin distributing the fanny packs to the less than eager hands ~ because let’s face it, even in the 90s, even at camp, which is its own society, who wants to be forced to wear a fanny pack day in and day out? ~ I finally understood that Conrad was right there at my feet. He was nestled up amongst the fanny packs, all shades of brown and black amongst the neon pink and blue. It took me a while to realize what I saw, even reaching my hand into the bin…until he adjusted himself ever so slightly.

That’s when I went into shock.

Trailing off, I walked away, sat down on a rusted folding chair for a really long time, completely speechless after that. Just rubbed my hands up and down my legs, like I was trying to keep warm, despite it being a humid summer day. Amazingly, Tim, aforementioned camp guru, knew exactly what was happening in that moment and sprung into action. He gently lifted Conrad from his home-away-from-home and took him for emergency food and water.

I still sat where I’d landed for a while. If you’ve ever experienced shock, then you know this phenomenon. Generally, in a crisis, I’m your Jenny-on-the-spot. I’m the one to spring into action, think with absolute clarity, and get things done. But, just a couple of times in my life, I have been so taken aback in the moment that my reaction turned out to be quite different.

I think the more remarkable aspect of the story of Conrad-the-Snake-turned-Houdini, though, is my moment of seeing/not seeing. Think of how stubborn my senses had to be in order to completely miss that snake at my feet! I refused to connect the dots in my mind.

Today, it’s become a kind of allegory to me in more than just the following ways:

Tim, the now legendary camp guru of this story, had a funny way with words. He could turn a phrase with the best of them, and I’m quite certain his daughter now rolls her eyes at his jokes like, “The only thing worse than pneumonia is OLDmonia.” One of his favorite sayings was, “If it had been a snake, it would have…crawled away and hid from ya!” His point being that most snakes are not hiding in hopes for the chance to jump up and bite you as the more famous euphemism goes. Their markings are there to protect them; they’d rather stay hidden.

I guess my point is, it’s our collective responsibility to keep our eyes open. In essence, to be woke, but as a white person, I don’t really get to claim that term. To understand what it is we are observing and to make meaning of it as we must. My plan, and my dearest hope, is not to miss the next opportunity, the next observation, the next sensory experience, and especially the next potential love I’m given, that’s for goldarned certain.

Epilogue. A word about fanny packs and the camp counselor mentality. They evolve. I have now become infamous for always having bandaids, ibuprofen, an umbrella, sunscreen, and, of course, a reusable water bottle/coffee cup. The Boy Scouts didn’t land the market in the Always Be Prepared mentality. Good Methodist camp counselors had that too.

Epilogue, Epilogue. Please, let’s not talk about the escaped pythons in Florida. We’ll not think about that!