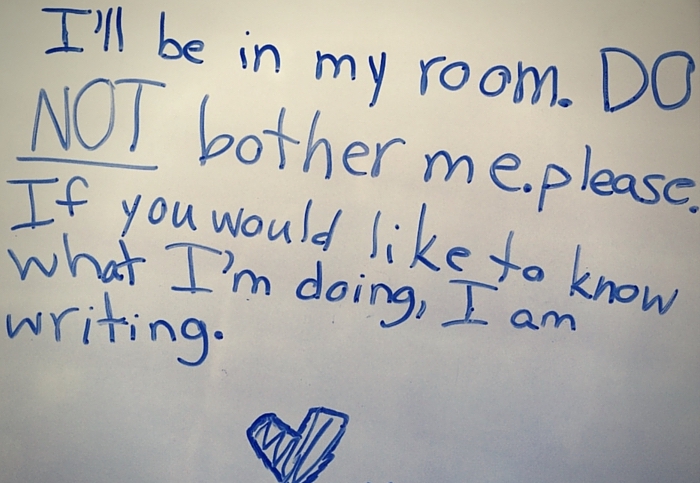 I know, I know. It’s been a long time since I’ve made a post here on the blog. Thing is, as I’m celebrating StoryMuse five-year anniversary, I decided it was finally time to give myself a little break and take a writing sabbatical for a hot minute. I’m hunkering down and working on my book, Walks with Grief. (I mean, I’ve only been ostensibly writing it for three years now.)

Don’t worry, there’s still lots of fun work and projects on the horizon for StoryMuse, but in this moment, I’m just enjoying the opportunity to pause, reflect, and write for myself–nearly every single day! I’m investing in my own creativity like I’ve never done before.

Thought I’d give you a little peek inside the work as it’s developing.

Packing up my car to drive back to Minneapolis felt like leaving the mountain of grief and trauma behind while taking boulders from the mountain in the trunk with me. A week after I got back to work, Virginia Tech’s graduation occurred. I suddenly realized what a mistake I had made. If ever I needed a ritual, this was it. Instead, I streamed the ceremonies on my laptop as I sat at my desk at work, trying to stuff envelopes and poorly concealing my tears most of the day.

I went back to the place I was staying in Minneapolis that night and stared out the window for hours, trying to call friends, feeling lost and incomplete.

After the conference in late June (the organizing point for my internship), I packed up the car once again to head back to Blacksburg. I didn’t know what exactly I was going to be doing for the next period of time, but I had a vague notion that moving to Atlanta was on the near horizon. I’d stopped in Illinois, the halfway point to spend the night, and called my professor at Virginia Tech to see if we could have coffee when we returned.

“Your name just came up in my last meeting. There’s a small, nascent coalition of nonprofits and faith groups, some individuals, who are wanting to provide some artistic response and community dialogue work for the next period of time. I think you’d be perfect to lead this initiative.”

My mind spun out in ever widening circles as I drove the rest of the way back to Blacksburg. After having lived in the community for so long and having just finished a program about arts and public dialogue, I was uniquely positioned to do this work. What would it mean to hold space for grief this large and all-encompassing? The responsibility felt daunting. And yet, I yearned to serve in this capacity.

I couldn’t let the shootings be my last chapter in this place I’d so loved.

I wound up spending the better part of the next year caretaking the initiative we named HERE, Honoring Experiences, Reflections, and Expressions. (What can I say? In the nonprofit world, we love our acronyms, and we were in a pinch to get to work, not sit around and wordsmith all day.)

We held poetry readings, photography exhibits, and eventually culminated with a multidisciplinary arts showcase in the historic Lyric Theater downtown (two doors away from Gillie’s). The showcase, on the one-year anniversary of the shootings, featured dance, poetry, visual art, and musical performances. At some point, I realized we didn’t have a real showing from what I would have claimed as my own art form, however, and I found myself thinking about the story I would tell from that stage. It was inspired by a passing moment with a friend I’d run into just before I went back to Minneapolis. She said, “It’s good to see you.” And then we both regarded each other for a beat longer than normal. I spoke into the awkward silence, “Remember when, ‘It’s good to see you.’ Didn’t mean, ‘I’m glad you’re alive?’” [This is a moment, a sentiment, I think about a lot now that we’re living through a pandemic.]

Two days before the show, I sat down and finally wrote it out, “Remember When: A Lovesong to Blacksburg.” I talked about all the times that had come before our fall from innocence, how I had arrived at the tender age of 23 and cut my teeth there as a young adult. I talked about the community at large, how you could stand on the corner across from Gillie’s, affectionately known as “The Corner of Life,” and watch the entire town pass by in a day. There was the time when we had grappled over keeping Wal-mart out, when we’d come together around 9/11 and then to protest the building drumbeat toward war.

The entire showcase, and my performance, felt like the ritual I’d accidentally denied myself by skipping graduation. I was saying goodbye to this place I’d loved, that had made me, me. I was also bearing witness to all we’d lost and all we’d created from the past year.

Despite all that, my most visceral memory from that year will always be sitting in a car on a cold, rainy, fall afternoon with the mother of one of the shooting victims. We formed a friendship during that season and had gone out to a local school to talk about resilience. When we got back in the car to leave, she checked her voicemail, had gotten a call from her son who was refusing to go to school. Again. He’d been launching a passive protest by not going to school for going on a month straight now. I simply sat with her as she struggled with how to support him while she was doing her own incredibly difficult work of grieving the tragic loss of her daughter. “Sometimes, I just get so angry,” she said. “My daughter was such a good person, full of so much promise. I can’t believe she’s gone.” We sat for a long time, as if we’d forgotten that a car was meant for motion, looking out through the drizzle making its slow, methodical way down the windshield. The view in front of us was nothing but the bleak loading dock behind a small, rural elementary school cafeteria. Together, we cried, snot pouring down our faces, holding hands.

At the end of the day, no matter how large, meaningful, powerful, or impactful a community experience or ritual might be available to us, there will never be anything like the small, human moments that make up and define our lives.