Coming Out of the Carton 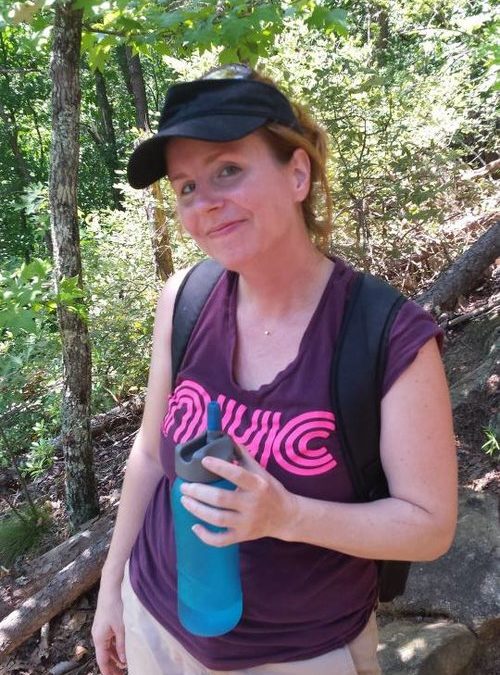 I remember so clearly how it started.

I was 17; it was the spring of my senior year. I was a “good girl,” but I had these friends in high school who all smoked. We would go out after school and sit at Pal’s on the concrete slab patio tables, drinking gallons of sweet iced tea, gabbing, and occasionally studying. Mostly gabbing.

I thought they looked so cool. Back then, all the cool people in movies smoked. It wasn’t yet a sign that you’d lost your moral compass like it is in today’s pop culture.

One day, after about 30 minutes of my typical “alone in the room, feeling all self-conscious, overthink it all” reverie, I asked a friend if I could have one. They all stopped talking. I was the only one that didn’t smoke.

She said, “Are you sure you want to do that?”

She handed me a cigarette, and I placed it there on the concrete table in front of me.

I stared at the object, both mundane and foreign, for a really long time. We went back to talking. I just let it sit there for a while. Thinking back, it’s almost like I knew I was standing on the precipice of an important and life-changing decision. Like I was about to fall down a really big hole.

And so I did. I remember those first few months, whenever I would smoke, it would make me so dizzy and strange feeling…it was almost like being drunk. Still, I pushed past the strange, sick feeling and kept going.

By the time I was in college, I discovered smoking was truly my vice of choice. As I was playing designated driver to other people’s wild abandon, I would sit and smoke, trying to feel elusive and grown-up while everyone else at the party got wasted. Then, occasionally, I would wake up in the morning, disgusted with myself, and make these huge, sweeping declarations that I had quit. I would hang signs on my door, announcing that no one should give me a cigarette, no matter how much I begged. Thing was, a pack of cigarettes only cost $1.75 back then, and when stopping by the little convenience store between campus and my dorm, it went great with a Barq’s cream soda in the glass bottle at the end of a long week when I’d just picked up my work-study paycheck.

The story goes on and on. I really hadn’t been smoking much in the last several years. Still, somehow, more than 20 years since that spring afternoon at Pal’s, and I became horrified I was still smoking. As were many folks in my life. I hid it from most people, especially guys I was dating. The shock and horror, the indignation, new friends would convey when they found out that I did, or had ever, smoked…

I get it. I had a hard time reconciling it with my personal character as well. There was just something about the rebellion, the dissonance, that appealed to me.

But I’ll never be able to fully explain it.

Which is probably why it lasted for as long as it did. I could go for quite some time without one, but inevitably
…a glass of wine too many
…a friend at a party had one
…a dance with loneliness and depression
…and before I knew it ~ hello! ~ I was renewing my relationship with tobacco, the one thing that seemed to be always there to comfort me on a dark night alone.

That was usually how it happened, too. Just a single cigarette at night, out on my porch in the darkness. It went on for many years that way. I think that’s the other reason it took me so long to quit. I did it so little that I was fooling myself into thinking somehow I wasn’t hurting myself.

Six months ago today, the night before my 41st birthday, I sat out on a cool evening at ROOTS Week and had one more of those moments of resolve. It was the close of the hardest summer of my life.

I mean it was really…hard…

I’d managed to go for 13 weeks without smoking earlier that year, but then my world fell apart. So, yes, I’d had one more of those slides into darkness.

On this night, though, the night before my birthday, I sat outside on a mountaintop with my friend, Joseph, sharing a bottle of wine, and had my last cigarette. I looked at him and said, “I’ve said this so many times, in so many contexts, that I honestly can’t know for sure that I believe myself, but I do not want to be this person anymore.” With that, I went to bed.

It hasn’t been easy. The first few months were easier than the month of December actually, with all the holiday parties and emotions that go with the holidays. There was a two-week period in there where every day I didn’t smoke felt like running a marathon.

I remember coming home from a bad date one night, a bit of wine coursing through my veins, and I stood inside the door of my house, coat still on, keys clutched in hand. It was like I was doing battle with a demon. I must have stood there for at least 10 minutes with my head leaning against the door. Then I moved to the couch and sat there for a while with my coat still on. Eventually I laid my keys on the table, and that’s when I knew I wasn’t going to smoke. At least, not that night.

Joseph has continued to be very generous these last six months. Every time I’ve gotten the inkling, when I’m out on a weekend night, I text him and say, “This is me…not smoking!” He always texts back. “Yay! I’m proud of you!” Or “Because this is who you want to be.”

This is who I want to be. I feel better than I ever have in my life. It feels like one of the hardest things I’ve ever done. I feel so proud of myself, and thankful for the support, but I know that demon will always be there.

I hope you have the support you need to run your marathons, overcome your demons, and feel better for it.