World Storytelling Day, International Day of Happiness, and The Island of Seven Kingdoms 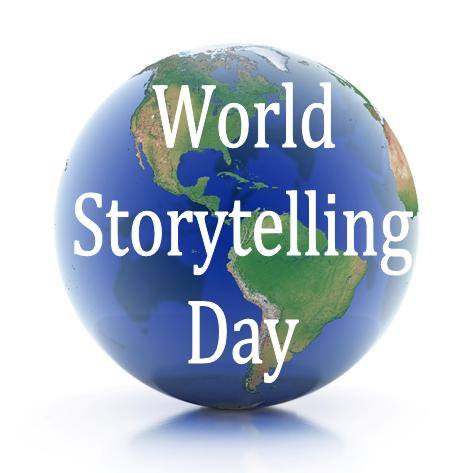 Sometimes the deep synchronicity in the universe, the opportunity in the messages all around us, catches at my heart, taking my breath away.

Still, it probably comes as no surprise that, for me, there is a Venn diagram between storytelling, the active cultivation of happiness, and the promise of the first day of spring, all the hope and possibility conveyed therein.

In honor of this triumvirate of holidays, I thought I’d share an old camp story I recently wrote for my book. It’s one of my favorites. This story really captures what I’m trying to convey about the intersectionality of the energies of storytelling, happiness, and spring. I love how the heroine has agency in her life. I love how she pushes past all the messages of distrust, xenophobia, and tribalism she’s inherited in order to connect with others, take action, and ultimately make change, not just for herself, but for everyone…

The Island of Seven Kingdoms

by Raymond Alden
paraphrased from “Stories You Can Tell”

There once was an island made up of seven kingdoms, evenly divided by high rock walls that emanated from the center of the island and ran all the way to the sea (kinda like a giant Trivial Pursuit piece). Unfortunately, there was no source of fresh drinking water on the island. Each kingdom hated and feared the next. Because of their deep distrust of each other, they were forced to independently broker with nations on other shores to bring fresh water on giant ships. Without collective bargaining, it made the water very expensive and kept them all poor.

However, there were always these rumors that water had once been plentiful on the island. People spoke sadly about it over their meager dinners, and referenced it in their stories to children at bedtime. They whispered to each other that maybe other kingdoms on the island were secretly hoarding the water.

Tired of watching her kingdom continue to be locked in destitution, a young girl set out to see if she could discover where the water on the island had gone. She waited until everyone was asleep and swam out into the ocean, around the rock barrier, which bruised and battered her body as the waves crashed up against it.

The next morning, she awoke on the beach in the next kingdom with a dozen tiny eyes staring down at her, partially blocking out the sun beating down on her face. The children ran and screamed back to their parents that there was a stranger on the beach. This caused quite a commotion in town.

Though she was initially treated with suspicion, and isolated in a hut at the far end of the village, eventually they took her in because she was a human in need after all. She told them of her quest. They agreed that it was indeed very hard to be without water and were surprised to find that she was so smart because everyone knew that the kingdom where she was from was full of dullards. She stayed a while with them, enjoyed their food, oh so slightly different from her own, listened to the elders’ stories, and watched the children play their favorite games.

Eventually she prepared to go to the next kingdom. Because they’d grown to love and respect her, the people she’d been staying with begged her not to go. “Oh, please, you can’t! The next kingdom is viscous. They are all liars. You can’t believe a word out of their mouths.” She understood their fear, having heard the stories too. But she was on a quest, and now she was even more invested in learning where the water had gone. Not just for her own people, but also for these new people, who were like family now.

The next morning, when she awoke in the next kingdom, again she was astonished to see that these people were only slightly different. Their food tasted strange to her, but it was quite delicious. They took her in as well. So, she sat with the elders, and she watched the children play, and eventually she prepared to head to the next kingdom.

“Oh, no! You can’t!” they pleaded. “Those people are all killers. You’ll be dead by sunrise.” Reminding them that the quest was too important to them all, she tallied forth.

On and on it went like that, until she’d made her way round to all seven kingdoms.

By the time she’d made her way to each place, an idea had started to form in her head. She sent word back to all seven kingdoms through the network she’d created and requested that, on the appointed day, everyone should gather at the center of the island.

When the day arrived, everyone did come toward the center. They could hear each other on the other sides of the walls, as the great murmur of wonder and trepidation swelled. Then the girl appeared high at the place where all seven walls converged. And what was that in her hand? A giant ax!

“Hear me, beloved!” she shouted to everyone. “Your hate and fear of each other is what has made this mess.” With that, she lofted the ax over her head and drove it down into the wall. At first, it appeared to do nothing. Then, she struck again. And again. Sweat was starting to drip from her brow. And then, what was that sound? Like the earth itself was starting to belch. With one more blow, the girl struck the ax and ran as a giant geyser sprang out from its center.

That was the moment when they all realized their mistake. The island had not originally been divided by walls, but by seven crystal clear rivers that flowed to the sea. Over time, their distrust had led them to build higher and higher walls, until eventually they’d completely walled off the rivers, forgetting they were even there.

With that understanding, they went about tearing down the walls and learned how to work together again. Even if not everyone loved everyone else’s food.