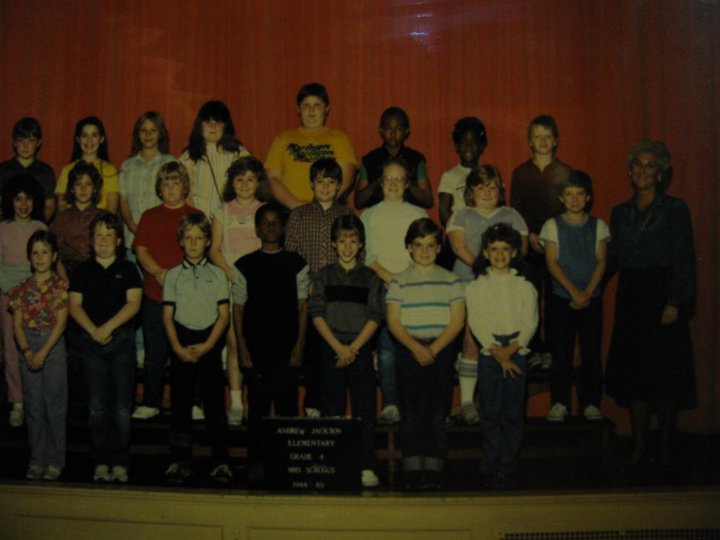 [This post is inspired by hearing about the teacher rallies and Tea Party protests in Tennessee. You can read about them by clicking here and here.

Does anyone else out there think there’s some seriously messed up stuff going on out there? I don’t mean in the Middle East or global warming. That’s scary enough. I don’t mean gas prices either. I can’t really comprehend the stuff they talk about on Marketplace. Now, the political forces that have been steadily dividing our country into two distinct camps over the last 30 years have taken the fight to our teachers. And not even just to the Northwest which feels like the other side of the universe somehow. But to Tennessee – my home state. This time, it’s personal.

I was born in Chattanooga, TN, and because of my father’s job, we moved all over the Northeast corridor of the Volunteer State, living most in a small, industrial town, Kingsport.

The schools there were outstanding. I mean it. I received a great education. Of course, being white and middle class, why would I and my privilege expect anything less?

I’m not here to talk about white privilege today though. I want to meditate on the inherent right of every child to receive a free public education like I did from wonderful, caring teachers who are supported enough in what they do that they can spend their time paying attention to their students.

The two best years of school I had were 4th and 5th grade. Mrs. Scruggs and Mrs. Spriggs – similarity of names purely coincidental.

Thanks to the newfangled technology of Facebook, I’m loosely connected to some of the people I went to 4th grade with, and most agree that Ms. Scruggs was the best teacher that any of us ever had. I can tell you some very good reasons why that was the case.

Ms. Scruggs was a silver fox of a woman – dapper, in her mid-to-late 40s, well dressed. She had a son our age and she could keep up with any of us on the playground if she wanted to, but she didn’t usually show it. Her giant silver hair was always neatly coiffed and did not move on her head. She was tanned and beautiful.

Ms. Scruggs had created a reward-based system for behavior management that kept most of us constantly excited and interested and trying to do better. We each had a little pocket on the front of our desks that contained three “tickets” with our names written on them. Our desks were arranged in a giant U facing her desk. If you were caught talking or chewing gum or any of the other naughty things, she would pull a ticket. Lose all three tickets before the end of the day and you were in big trouble. But keep all three tickets and you got a sticker. Keep them for a week and you got to go to the prize box. Prizes included awesome things like box cars and princess jewelry. Keep all your tickets for six weeks and whoah – you got to go out to eat after school with Ms. Scruggs. Usually that meant she would take you to Pal’s, the local fast food joint. This was the most prized reward, and so super cool.

Of course, I worked hard to get to that six weeks reward many times. The few times I got tickets pulled, I was so disappointed in myself for having to start over.

Everything was both clearly educational and fun. I mean, don’t get me wrong – there were moments that didn’t go so well. There was the time when she let the boys demonstrate break dancing for her and a rather large young man in our class, “Moose,” ran and slid on his knees straight into her metal desk, denting it permanently.

Years later, I came back to tell stories for her class, and she was asking me if I kept up with any members of my 1984 class. This was before the days of Facebook and so I said “not really.” She said that David* (name changed), one of the few African-American students from our class was in jail. She said she’d been writing to him and that when we were in school together she had feared for him then because of the things she’d seen in his home life.

My point is, she took the time, and knew us all…well.

The next year, I had Mrs. Spriggs. Whereas Mrs. Scruggs was the epitome of aging beautifully, time and teaching had taken their toll on Mrs. Spriggs. She was a large and flapping woman, who labored to breathe just from walking across the room. She had giant, plastic grey glasses that matched her dark grey, springy, curly hair. What she lacked in physical beauty, though, she made up for in sharp-as-a-tack wit. She spoke French eloquently. I can still sing “Napoléon avait cinq cents soldats …”

Mrs. Spriggs noticed almost immediately after I got into her class that I was a smart kid. She suggested that I get tested for placement into the ‘smart kid’ resources that were available through the school system. That opportunity set me on a course that definitely changed my educational path forever.

The thing that I remember the most about Mrs. Spriggs, however, was one moment in time. A single afternoon. A conversation. And at that time, I didn’t even appreciate it for what it was.

The summer between my 4th and 5th grade years, my 30-year-old aunt died in the middle of the night from a rare adult case of SIDS. Such a bizarre and unexpected death, as you can imagine, sent my entire family reeling. I was at the perfect age for it to mess with my head in some pretty profound ways. If God can just come along in the middle of the night and decide you’re done, what did that mean for me?

I found myself acting out against the new reality in sometimes rather bizarre ways. It might have actually had absolutely nothing to do with what had happened. I was (am?) a bit hyper-prone to drama anyway, but I like to blame everything I did in that year on the easy target. All of the embarrassing little details aren’t really necessary here, but let me just say, I was a handful on occasion.

This moment of which I speak came somewhere in the early spring. I was particularly “feeling my oats” as they say, and Mrs. Spriggs called me on it. When I didn’t calm down, she told me I had to stay in at recess. I began sulking immediately. By the time recess started, I was both fuming mad and mortified at the same time. I was in that special human place where you know you’re wrong with every fiber of your being but you don’t want to admit it and so you find every reason you can to blame it on someone else. It’s an emotional state as popular with 10-year-olds as it is with people much older.

I sat at my desk, kicking it rhythmically. Mrs. Spriggs sent the rest of the class out for recess with another class and then she lumbered back over to her desk and sat down. We sat there in silence together for a few agonizing minutes. Then, she called me over to where she sat. I went over begrudgingly. She looked at me over the top of her giant glasses as they had slid down her nose. She really looked at me. Straight in the eyes.

“I don’t know what you mean, Mrs. Spriggs.” I said. I tried to return her gaze defiantly.

Then, she did something quite strange to me. She got down out of her seat, kneeled on the floor and took my arms at the elbows with fervor.

“I know you, Shannon Turner,” she stated, matter-of-factly, pushing her glasses back up with a giant, sausage-like finger, “and this is not who you are.”

Tears immediately started to spring up and that place in the back of my throat that hurt when I tried to fight them back began aching.

She pulled me down gently by the shoulders until I was sitting cross-legged on the floor in front of her. “Now, you sit here, and you remember who you really are.”

A few years back I read about an African tribe that gives each newborn child a song that is as important as her name. They sing it at her birth as a ritual, and again at other rites of passage throughout the life cycle. But, if for instance, she’s done something harmful or lacking in integrity, they will come together in an ad hoc fashion in a circle around the person and sing the song to remind her of who she is.

When I heard that story, I was immediately transported back to that moment in that classroom on that wooden floor. I’ll tell you, if you don’t know what it’s like, there is nothing like the feeling. To be truly known. Even if the feeling is also associated with shame.

Now, what do all of these stories about a boring, white, middle class childhood in Tennessee have to do with anything going on today? Well, a lot I think.

I doubt Ms. Scruggs and Mrs. Spriggs are still teaching today. I rather hope they aren’t. But if they were, I’m sure it would be quite different. What would it have been like if Mrs. Scruggs had to work an extra couple of shifts at the local restaurant in order to pay for chalk and paper and other supplies for our class? What if Mrs. Spriggs was too busy worrying about whether our class was going to pass some ridiculous state standardized testing to pay attention to me and my needs – educational or emotional?

Now, if I could just call on that overly dramatic side of myself for just a minute longer…It appears to me that it is on the backs these everyday American heroes (heroines) that the wealthiest and greediest are planning a silent revolution. And it’s been going on for a while now.

What could really be so bad about collective bargaining? With paying our teachers a fair living wage?

The fact that we’ve come to this point in our country’s history makes me ashamed. It makes me wish that I knew a song that I could stand up and sing to the right people and make them remember who they are so that they would get right with themselves. I would definitely pull all of their tickets if I could.

Other interesting links/takes on this issue:
Michael Moore
Jon Stewart