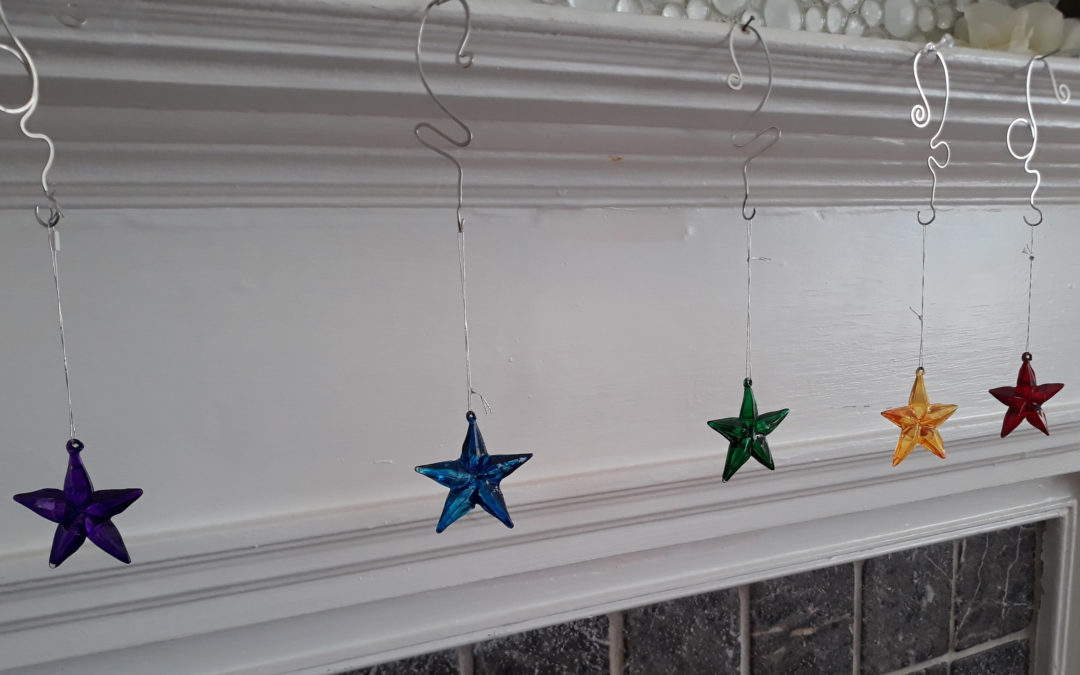 I’ve often said that the universe sends us themes. Whether it’s conversations or online articles or snippets on NPR, there are things that come at us from all around that translate into cycles of internal work. When the same thing keeps coming up over and over, it’s time to pay attention. I found a common theme bubbling up over the last few months, through many conversations and things I read, all of which showed symptoms that fall under a grander notion of looking far outside of ourselves for some absolute truth.

A colleague, despite being a tenured university professor with multiple published books and essays, spoke with candor in a Facebook post about secretly harboring imposter syndrome amongst his fellow academics. Funny thing about imposter syndrome. Pretty much everyone has it. Once you are able to peer behind that veil, it kind of helps.

A friend in the process of applying for a job, the night before the big interview, was gearing up to spend hours and hours of research on the company and all its people. “This conversation is as much about you and your experience as what you know about them.” I said. “They want to know if you’re someone they can work well together with,” I gently reminded her, “so I would think about a few of your own stories and give yourself some hours of sleep back tonight.”

One of my dearest friends is an older woman who pioneered in a field and a company that was led by men. On a recent walk-and-talk, she and I got on the subject of recurring dreams. I told her about my tornado dreams. She told me about her recurring nightmares of being put on the spot at work–caught without the answers, not having done enough research, lost without the directions, or in some other way having been found out and therefore being or feeling humiliated. I tried to pry a little more into this scenario. Why would it feel humiliating not to have the answer right in the moment? Why not prove yourself a brilliant researcher/thoughtful person and say “I’ll get back to you on that”? She said it was because she was a woman in leadership in an earlier time when the pressure was on to be hard as nails and never get anything wrong.

I recently found myself telling the story of founding my practice to someone who seemed almost a little indignant. “And you just stepped out on faith, believing that people would want to hear what you had to say and pay for it?”

The fact is, in that case, I had plenty of experience and evidence that I was good at what I wanted to turn into my full-time profession. People had already turned to me for that skill, even when it wasn’t my profession. It wasn’t a huge leap in some ways. Plus, I told myself it was just an experiment. If, after a year, it didn’t seem to work I would gladly go back to work in the nonprofit sector and be thankful for having given myself the year.

I had a brilliant therapist in my twenties who used to help me get out of the repetitive tape loops in my head. I would be so stuck on the imagined circumstances if I made a move forward, she would encourage me speak things out loud, and say, “Then what?” After I spoke that possible scenario, she would say, “Then what?” Eventually, of course, it would become so absurd, I would say, “Everybody dies!” and we would both laugh.

“Our deepest fear is not that we are inadequate. Our deepest fear is that we are powerful beyond measure. It is our light, not our darkness that most frightens us. We ask ourselves, Who am I to be brilliant, gorgeous, talented, fabulous? Actually, who are you not to be? You are a child of God. Your playing small does not serve the world. There is nothing enlightened about shrinking so that other people won’t feel insecure around you. We are all meant to shine, as children do. We were born to make manifest the glory of God that is within us. It’s not just in some of us; it’s in everyone. And as we let our own light shine, we unconsciously give other people permission to do the same. As we are liberated from our own fear, our presence automatically liberates others.”

~Marianne Williamson;
A Return To Love: Reflections on the Principles of A Course in Miracles

In his book, If I Understood You, Would I Have This Look On This Face? Alan Alda makes a strong case for the idea that everyone, no matter the profession or stage in life, could stand to take a little improv. An appreciation for the principles of improv, being able to make it up as you go along, to support others’ choices in the moment, to “yes/and” while you create a world together helps us to see how we can work together in a variety of circumstances. It also builds our own confidence that, even it all goes sideways, nobody actually dies. You don’t even get shamed. Mistakes are actually celebrated as everyone throws hands up in the air and yells, “Oh no!” and laughs.

I guess, at the end of the day, what I’m trying to say is, trust yourself. You’re a valuable commodity in the formula. Probably, unless you’re a brain surgeon, nobody dies on the table if you make a mistake. For me, the worst things that ever happened, I never saw coming. Worries I spent the most time and concern on, were ultimately fine. I just took years off my life giving them my energy. You’ve lived this long, bumping along, making a lot of choices. Whether you feel like they were the right or wrong choices has a lot to do with the story that you tell yourself. You’re still your master storyteller. As Jo Carson said, “Be the hero of your own story.”

You already are. The question is, whether you choose to see it that way.

Homework: Read this essay about Walt Whitman’s take on Confidence & Criticism as relayed by the excellent weekly newsletter Brain Pickings. Also, this new piece in the NYT about Self-Confidence and Self-Esteem.