The Crying Man & The Can Man 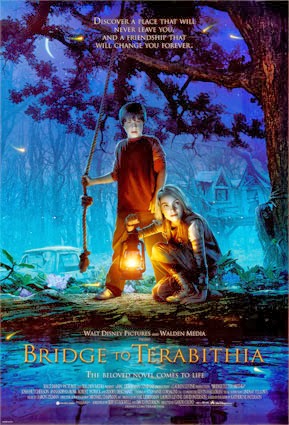 You can hear a version of me telling this story here.

This weekend, my current boyfriend and I went up to Lake Lanier and explored several islands–from tiny ones no bigger than a beach with two trees to great big ones, miles long end-to-end, with their own ravines and deer and sub-islands and even ancient ruins.  It was a grand enterprise that made me feel like we were the adolescent boy and girl from Bridge to Terabithia.

While the trip was mostly a blast, full of beautiful, natural sites and wonder, there was one dark cloud that hovered over every stop we made.

Every single time we would roll up on a beach, seemingly pristine, almost like we were the first to discover it, wouldn’t take long before the evidence of previous human visitors became glaringly obvious.  With our boat perched on the sand, the promise of island adventure before us, sometimes I would just stand there for a second and stare at the strewn beer bottles and cans and styrofoam pieces, and think of old Iron Eyes Cody and what an impact that commercial had on me as a kid. (Although, ironically, I just learned in looking for this link that said memento contained a bit of controversy. Ah well, yet another childhood illusion shattered.)

This photo was blatantly
“borrowed” from here.

Just last week, I found myself, quite unexpectedly, commit an act somewhat out of character for me. I was driving along when someone threw their trash out a car window right in front of me on a city street. Before I could even think what I was doing, I honked my horn and threw up a single, hot pink, gloved finger. Now, I really know better than this. Particularly in the neighborhood where I was driving, and really anywhere, it’s best not to provoke strangers in such a manner.

I don’t know why, of all the crimes and misdemeanors against humanity and nature that people commit on a daily basis, litter gets my goat so greatly. More than anything, I’m pretty sure it’s because, even when not on a conscious level, it reminds me of my grandfather.

My Papa was a quiet man. He loved a few things in life, and he loved them all quite fiercely. When I think of him, I have sense memories of Wrigley’s chewing gum, old fashioned thermoses tucked into old fashioned, black lunch pails as he left for work at the TVA plant, and coffee cans with paper towels stuffed into them to collect snuff spit.

In the mid 80s on into the early 90s, our family suffered an incredible amount of loss, including the unexpected deaths of two his three children, both in their early 30s; Papa’s health began to decline as happens when a person enters into his last part of life. In the space of just a few years, he had open-heart surgery, both of his knees were replaced, and I think a couple other things I can’t remember. My mom could tell you better. What I do remember, though, is that after all that, he landed headlong into some deep, dark depression that eventually led to bipolar disorder. And for all of that, healing of knees, heart, and spirit, the doctors agreed he needed to get up off his La-Z-Boy recliner and start walking.

He walked all up and down the country roads and highways of East Tennessee, and somewhere along the way, discovered the best way to keep himself motivated was to make his adventures functional. He started taking garbage bags with him, fashioned a little contraption with which to spear cans.

Papa would take his cans and bottles to the recycling center and donate the money he got in return to the church for renovation projects. Before long, my Papa became known as The Can Man.

View from my window at the
BuffaloMountain Camp Retreat Center.

One glorious autumn day, in the year after I graduated from college that constituted my Wandering Phase (living at home & camp, working about 4 jobs at once), Papa came up to camp, and we spent the day together picking up cans on the six-mile stretch Dry Creek Road. It was one of the best days of my life. We shared secrets and long stretches of shared quiet time as we walked and things I won’t even tell you about here–guess those are secrets too.

On that day, and this past weekend, I just kept thinking about what a beautiful person Papa was, that he could take the ugly, discarded refuse tossed away so carelessly by other people and turn it into a gift for others, as well as his own healing.

On his final day on this earth, Papa got up, ate his breakfast, looked at my grandmother and asked “Where do you want to go today?” They tossed around a few ideas, and decided he would take her clothes shopping in Kingsport. When they got to the store, as was totally his usual, he let Ma off at the door, told her he’d park the car and be in later. He was going to walk the parking lot for a while.

That’s where they found Papa not long after. The doctors said that he was probably dead of the massive heart attack before he ever hit pavement.

In my mind’s eye, when I picture the scene, the crowd of strangers gathered around, working on his body, I like to think of him, arm outstretched. Maybe three feet away there lies one, final, flattened beer can…just out of reach.