The Controlled Release. Or Make Your Emotions Sing. 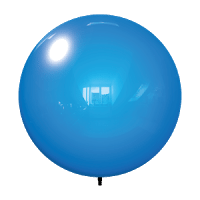 Often, when I talk to people about the work I do with someone new, they immediately freeze up with that deer-in-headlights-expression. I could at this point script the conversation that comes after said look. One of the following lines usually comes out:

“I could never get up and share something so personal.”

“I would be too afraid of baring my soul in that way.”

“I’d be more likely to get naked on stage.”

“It’s very important for me to keep an emotional distance from the work I do. People should not be able to see the real me.”

I’ve spoken before about appropriate vulnerability, what it looks like to have not enough or too much, both in our storytelling and in our everyday lives. Sometimes a person who comes to storytelling events will have an inchoate sense of vulnerability in his or her stories, which ultimately translates to therapy from the stage. It’s quite uncomfortable to watch.

Lately, I’ve been pondering what it means to have the appropriate emotional control when telling a story. I like to think about it like the famous balloon scene in “Benny and Joon”…

Even though Johnny Depp’s character is a man of few words, he demonstrates in this moment what it looks like to have a controlled release. In fact, he turns it into a song.

In the film, he is attracted to Joon, even though they are in some ways opposites. Joon is ruled by her emotions at all times. She is a walking exposed nerve. Because of the factors of her life, we can’t fault her for that. However, it’s interesting to watch to two of them journey toward helping each other find a middle ground that draws out the best of them, head and heart, artistic expression and mundanity.

In public storytelling, the secret is to have enough distance from a story to know what it means to you, the teller first, to know your relationship to it now, and yet to still be able to tap into its emotional core.

Note: I never say “closure” anymore because I don’t really believe in closure. I believe we are constantly re-evaluating our relationship to our stories as we grow and change over time. They take on new themes, new meanings, new frames. Sure, there may be stories that we put away for a long time, but we can’t really shut them down as if they don’t exist.

When we demonstrate emotional mastery over a story, at least in the moment of a public telling, we can maintain our strong connection with our-selves, and then between our-selves and the audience.

Last night I was able to stand up and tell a story where I experienced this feeling. The room, which had been quite loud and saloon-like, became quiet and hushed toward the end. As I landed the final moment, our hearts resonated together, almost like the echoing final vibrations of violin strings fading into silence.

It’s such a powerful feeling. I strongly recommend it.