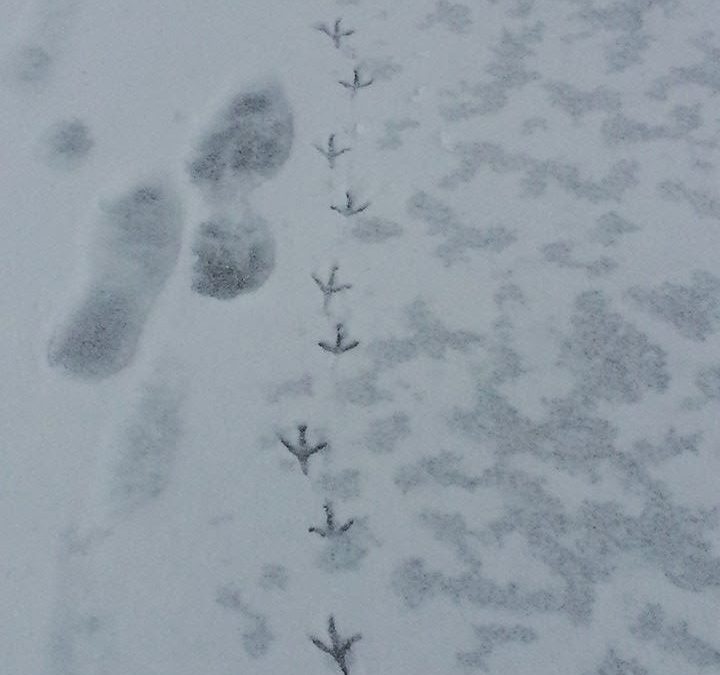 I listened recently as some Slate podcast pundits hypothesized that depression is the ailment of people who are obsessed with the past, while anxiety is for those who can’t stop thinking about the future.  It was, admittedly, too binary a proposal, even for them.
I know it can’t possibly be true for me; I have a great deal of anxiety about my past.  What if my past wasn’t good enough?  What if memories of my youth, the stories that I’ll be telling when I’m old, just won’t stack up.  I have this constant dread that I spent most of college as the designated driver to other people’s wild abandon.  What if I’m already so far behind on adventure I will never catch up?
I’ve always been a person who dwells more on the past than on the future.  I remember the first time I realized this, and when I did it hit me visc-ehr-a-lee.  I was laying in bed with my mom on a lazy Saturday afternoon in late winter.  We were both half dozing, half watching television.  Into the near darkness of early dusk she spoke, “Do you realize where we’ll be this time next week?  We’ll be on vacation!”
I was startled because I had been lying there, reminiscing about where I’d been exactly one week prior to that moment.  I think I’d been getting ready for some dance or some nonsense of unrequited teenage love was in the process of playing out, which is why re-living it, re-telling it to myself in my head, seemed very important at the time.

But it really struck me that my mom was thinking about the future at the same time that I was living in the past.  Ever since then, this little tendency has stuck with me, plagued me at times.  I’m constantly thinking about what I was doing this time last week, this time last year, especially when significant events come ’round.

Here’s a metaphor for ya ~ a few Christmases back, my grandmother gave me a “hope chest.”  You know this old tradition?  You give a single gal a piece of furniture, and she’s supposed to fill it up with things that represent her future marriage.  You know what I put in it?  Memorabilia…scrap books, photo albums, little mementos and tokens from the past.

At times, I try to re-frame all this away from judgment about what this means about me as a person, and I think to myself, well, at least this makes me a better storyteller, right?  The ability to recall things in the past with great detail?  It must have some greater utilitarian purpose!
I don’t know, though.  Perhaps.  I sure would like to get around to a place where I could enjoy the present moment while it’s happening more often.  And even think about the future even.
Yesterday, I went out for a walk as the snow was falling, and the city of Atlanta was beginning its long, slow descent into chaos.  For me, it was the proverbial walk down memory lane.  I kept thinking about my college years.  It snowed a lot in Virginia during those years seems like.  I kept having flashes of sense memories about ~
…the time I fell down the stairs on the first day of classes in January, and everyone thought I had died because the EMT guys covered my head with a sheet when they carried me outside, but really it was just because it was snowing and icing in my face.
…the time we did “homeless for a night” and slept in boxes all over campus during an ice storm and watched Barbara Kingsolver, who was an artist in residence that year, fall in love with her current husband.
…the time we tried to go to DC for a NOW rally but got snowed in along the way and ended up drinking ourselves blind at a friend’s house and then having a huge, blowout fight.
There’s something about snow that, in its extreme, brings on the extremes in humanity. It can both unite and isolate us.  It can inspire and depress.  People talk about how beautiful and clean everything looks when the blanket gently falls over the landscape, but digging out is an ugly, muddy assault to the senses.
The one thing about snow, though, especially for those of us who live in places where it happens rather rarely, is that it does bring up romantic notions of the past.  Misty dreams of popcorn and hot chocolate and fireplaces.
Now that I live alone, though, all I can say is thank goodness for the internet.  If I hadn’t had Facebook and online dating sites and Netflix, I’m not sure what I’d have done in the long hours over the last few days.  Read?!?!
I’m really looking forward to digging out – to everyone digging out – soon.  Another one of those stupid invitations to dwell in the past is right around the corner, and I can feel the maudlin mopey-ness tug down at the corners of my mouth, filling my ears with that prickly, cottony feeling, even as I stare out my window at frat boys playing soccer in the snow.
The one thing I’ve learned, though, about how to overcome the cotton-filled, mouth-tugging feeling of January (whether it snows or not) is to get up and move, even if snow soccer isn’t quite my panacea.  I may not completely escape it, but at least I’ll move my way through it.  I’ll blast the Rolling Stones and dance, hurdle, stair master, popcorn, and maybe a little bit walk-down-memory-lane my way through it.