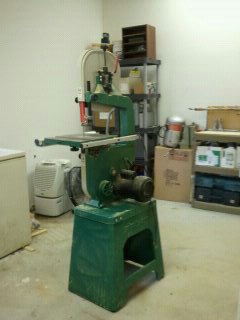 Yesterday, I went to help a friend who is preparing to start grad school. Our work was to clean and organize her apartment. This is something I have done for many friends and family members over the years, and I’m quite good at it.

One time, I pulled all this stuff out of this room,

and turned it back into this in one day.

Even though I looked like this when I was done.

About half an hour into our time together, my friend said, “Oh, I’m just feeling so overwhelmed!”

I pulled out some of the snacks I brought and soothed her with some of my punny jokes. “Hey, baby, want a ‘date.’” (handing her a date)…”We’re going to ‘fig’-ure this out!” (passing the figs).

We started to talk about why she has generally lived out of boxes and chaos all her life. My friend grew up the child of immigrants who, even after they were here in this country, picked up and moved from state to state every few years. She never knew when she was a child why they moved. They left a lot of things still packed in cardboard vessels, sitting here and there half empty, hardly decorating, until it was time to move on again.

We talked about why she’d continued that pattern and what it would mean for her now to really make this space her own.

“But this is your home now,” I said. “You’re the adult. You get to decide how long you get to stay, and you can make it feel like your home for as long as you are here.”

I too lived a pretty itinerate life growing up, moving from parsonage to parsonage when I was young. Yet, my mom always did a tremendous job of making us feel as though each place was our home, no matter how long or short we might be there. Despite the fact that she worked full time, 12-hour shifts at night, she made great effort to get the kitchen unpacked and sorted out the first week. She instilled in us the idea that, wherever we were, we belonged.

I took that entitlement with me into adulthood, such that, even when I travel, I tell myself, this bedroom or hotel room is my place for this night. I set up a little token wherever I am to honor that I am here, even if it’s just placing my toothbrush, toothpaste, and dental floss in a cup in the bathroom.

How different my friend and I are in our perspectives on space, belonging, and ownership, despite the similarities of our pasts! I believe a lot of that has to do with the fact that my friend grew up the child of East Asian parents who were afraid to make impact on their space and be charged for damage, whereas white southern parsonage committees absorb that sort of thing and then just talk about you when you’re gone. There are probably deeper things there I do not understand as well.

One of the best things about sorting clothes is that you always end up wearing (and perhaps bringing home) a new treasure!

As we hung, sorted, and folded clothes yesterday–I had the great delight to introduce my friend to the notion of storing away non-seasonal clothes in the top of the closet–I started to think about how helping to organize her home is not unlike what I do when I help someone tell their own story.

Often, when people come to me for individual coaching or as part of a show I’m producing, their story is all over the map.

As we work together, we sort through and organize…
…Perhaps it doesn’t make sense to start this story at the beginning chronologically?
…It might help if you gave more pause or breath in this moment.
…I see the unspent bullets in your father’s gun case here as a metaphor for potential violence.

This is that moment, when someone is in the middle of working on a story, it’s just like when you’re in the middle of sorting and organizing a space. They get a little bit overwhelmed and want to sit down.

Not unlike this moment.

It’s just like the point where you have to accept that it’s not all going back in; some things are going to be thrown away or taken the thrift shop. That’s where I have to say, “We have to make some choices here. You have the ability to edit your life a little bit. This anecdote is not crucial to the story’s arc; you have to let it go and pare down.” If that moment still feels so critical that it shouldn’t be forgotten but it’s not serving the story, I encourage them to write it down or recount it to a friend or loved one, just like you might take a picture of that ratty t-shirt of high school to preserve it, just before it gets turned into cleaning rags. It’s time to move on.

In the end, just as my friend and I were able to stand at the door to her bedroom and appreciate the thing of beauty it had become, with fresh flowers sitting in the windowsill and nary a cardboard box in site, that’s just how I feel when I’m able to watch someone I’ve worked with live fully in the home of their story. Letting in the light.