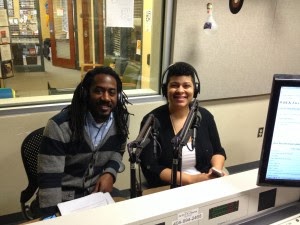 I’ve done a couple more episodes of The North Avenue Lounge since the last time I let you know that.  These days, I’ve been doing my show live, rather than recording it beforehand and then airing an edited version.  It’s a very scary and alive feeling, but seems to be working out for the most part.

Today’s episode with Carlton Mackey and Roni Nicole Henderson talked about art, creativity, spirituality, and race in Atlanta, including whether Black History Month is still culturally relevant and whether there’s segregation or self-segregation in the Atlanta arts community.

You can read more about Carlton Mackey’s projects at 50ShadesofBlack.com and TypicalAmericanFamilies.com.

Three weeks ago, I did an episode about storytelling, in which I interviewed Anthony Vinson and Shannon McNeal in anticipation of the Peach State Storytelling Festival.  We talked about the differences between reality storytelling and traditional storytelling, as well as Anthony and Shannon’s lives and careers.