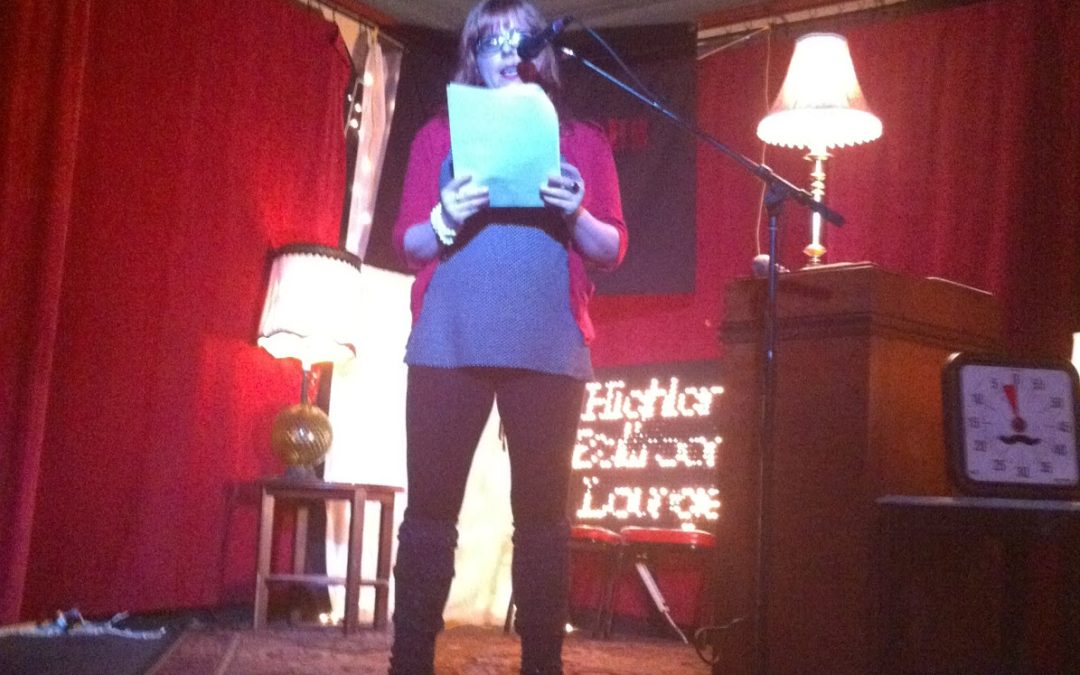 I wrote this piece for a competition called Write Club – Atlanta I was in last week.  I lost.  But it was a good exercise.  I was up against a writer who assigned the theme “Transplant.”  Just using this space to archive.

She sat in the pale afternoon sunlight, pushing the bruised skin in the crook of her elbow, watching as it slowly changed colors after pulling her finger away. The wind made it seem colder than it should be for a Saturday this early in autumn. Push on the bruise, feel the pleasing, slightly painful feeling, pull away, watch the yellow, green, blue, purple Technicolor show.

After a while she looked up and realized that the junkyard owner was watching her over her boyfriend’s shoulder as they talked. She suddenly felt very self-conscious and pulled her shirtsleeve back down. She wondered if he thought she was a drug addict; the bruise, a track mark. Or if her boyfriend, Mark, had perhaps grabbed her a little too hard.

She looked away, over to the trees on the skyline, watching the leaves rustle in the wind. A Japanese maple, looking quite out of place in this part of the country, shivered on the corner of the property, near the junkyard owner’s trailer.

A little girl, around 8 based on her size and sass, was playing with a puppy. The junkyard owner’s granddaughter, guessing from her incessant shouts to “Pappaw.”

The two men walked around to the other side of a rusted out truck. The wind blew up another cool gust, and she decided to head back to the car for shelter.

She and Mark hadn’t been seeing each other long. Just about seven months, but she was about the most content she’d ever been in her life, given that her life, for the most part, had been anything but contented.

Her father had been a traveling salesman and itinerant preacher, which is really just a traveling salesman of a different sort. Until she was 12, they’d lived their lives on the road, chasing good sales and the Devil, or at least the next church fellowship hall run by fine Christian women who knew how to cook fried chicken.

That all ended when her father was discovered with his throat cut in an airport hotel in Knoxville. Because it was the 70s, and things being what they were, it took them a few days to find her. The police said probably a hooker was involved, but apparently there were other things about the state of the crime scene that were never discussed with her. They weren’t from around there anyway.

She was placed in foster care. She didn’t like to think about that time in her life, but the unpleasantness lasted for about three or four years. Until they found her grandmother, her mother’s mother, a woman she’d only met once, and was a little afraid of because she’d thrown up chocolate milk on the good sofa the one time she visited.

They spent the first few months in a tenuous dance–the wary, untrusting teenager and the elderly woman whose daughter had hated her so much she’d left home at 16 and never been in touch again. Next to this time now, with Mark, the five seasons she spent with her grandmother were the happiest. She grew to know the power of staying in one place. Her grandmother’s house was her home; the yard was her yard. She didn’t have to keep memorizing where the bathroom was, mapping out escape routes. She pretended she’d always lived there.

One day, she came home from school to find her grandmother in her rocking chair, Bible open in lap, glasses slightly askew. She went to her room, packed a suitcase, scooped up the keys to her grandmother’s 1978 Granada, took $250 from what her grandmother called the “heart fund,” and hit the road. She stopped at a payphone at the edge of town to call the neighbor, told him her grandmother was dead. She’d left the front door wide open, said she was fine and begged him please not to send anyone looking.

She lived in the Grenada for a while. The heart fund started running low. So she lied about her age and got a job waiting tables in a small town outside of Little Rock. The other waitresses tried to make her acquaintance, but because she was scared they’d find out how old she was, or that she was sleeping in her car in the parking lot of the Piggly-Wiggly, she kept mostly to herself.

She got pretty good at keeping up the exterior. Friendly, but not letting anyone get too close.

At night, after she’d finished her side work, stocking the sugars and filling the ketchup bottles on the counter, she sat and read customers’ forgotten magazines and newspapers, sipping root beer.

A kid left behind a copy of The Little Prince. She picked it up, spent all night absorbed with the story of the little boy from a tiny asteroid who takes care of his kingdom.

She started imagining herself inhabiting a small, lonely planet.  Her planet was her own; she was its native.

Years went by, while she slowly improved her life by increments. Eventually, she made enough money to get a little apartment, the castle in the kingdom on her planet. She went through her days, afraid that anyone would ever truly notice her.

She got her GED, took some classes at the technical school.  Still, her planet remained the same.

One day, Mark showed up at the restaurant counter, ordered a stack of flapjacks, and asked for directions to the local junkyard.  She told him how to get there, and started to walk away, but he kept talking about how he was in search of a carburetor for his newest fixer-upper truck. She affected interest, patting the coffee pot in her hand like it was a baby’s bottom, tried to back away, but he kept talking. He was from Maurnelle, two towns over, and went on to explain how he couldn’t believe he’d never heard of this particular junkyard, thought he knew them all in a 60-mile radius. Even as she tried to extract herself, she thought about how she liked the way he lived so comfortably in his own body, how conversation flowed out of him like cool water.

Months later, here she sat in a junkyard, one of about a dozen she’d visited now. He had a bit of a habit, but as habits go, junkyards were relatively benign, especially considering some of the shit she’d seen in her life.

The first time they’d gone out, he’d brought her flowers. She felt a small mountain on her planet collapse in a landslide. Eventually, she invited him over to her apartment, her sanctuary, and fixed him a simple dinner. She sat at the kitchen table and watched as he did the dishes after, then took him to bed for what was her first time that didn’t involve predation. Continents collided violently.  He brushed a strand of hair from her eyes, told her that he loved her. CRASH! Huge chunks of her planet broke and spun off into outer space.

Despite the short time, she could see their future lives, as she sat in the car and felt the wind gust around it.

The little girl and the puppy ran across the yard and mounted the stairs of the trailer.  Apparently they too were yielding to the wind.

Mark had already started talking about babies. In fact, that was the source of the bruise on her arm. He’d asked her to go to the doctor to have the test to see if their blood was compatible, and just make sure everything else was fine.

She fingered the car keys as they dangled from the ignition.

A little more than half a year later, her planet was nothing but a small pebble, something she could fit in her hand, slide into her pocket. She’d never really imagined herself as the baby-having type. Taking care of herself seemed like struggle enough.

It was scary. Despite everything, could she really trust him? It was a lot to let go of. What if he went away tomorrow? Her planet was virtually gone now. She was so vulnerable. Could the safety Mark seemingly presented really be the new place to set up camp?

She continued to fiddle with the keys, staring out the windshield.  Mark looked up at her, noticing for the first time that she’d moved to the car. He smiled, winked, and gave her a little wave across the hood of the truck.

She smiled and nodded, keeping her hand on the keys. The wind bent the trees low.