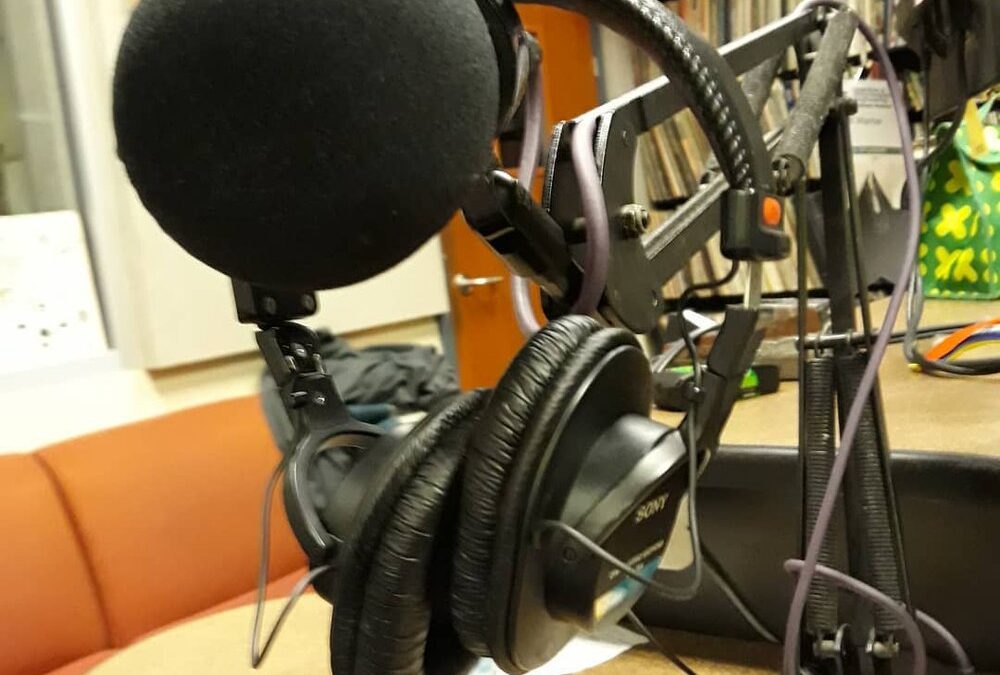 Oh my. I just went back and re-listened to today’s episode of Hidden Voices, Employment First.

When we were making that show, it was deep in the summer. I was really going through something. For several of these episodes, I tell a personal story in order to serve as a bridge between our general audience and what might feel like an unbreachable experience—what it feels like to move through the world as a person with a developmental disability.

The Employment First episode opens with a meditation on that painful time in my early twenties when I struggled mightily to find my purpose. I had so many different, little jobs, none of which added up to gainful employment. Not only was I not making it financially, I had no sense of autonomy, of dignity.

When I got into the studio and started recording that segment, I broke down crying. Cried like I hadn’t done in a very long time. I realized a couple things in that moment. One is that, the last couple of years, building StoryMuse, have been the most meaningful in my life. Still, it’s been very hard at times, not making enough money, running from project to project, trying to piece it all together. As you may have read in one of my most recent posts, though, I’ve come through my “moment of discernment” and recommitted myself to this work.

Still, one of the jobs during that wandering period came to mind. Not long after I graduated from college, for exactly one week, I worked as support staff at a day program, which was actually just a glorified work facility for people with intellectual disabilities. Because this is a national chain, I will refrain from telling you the name of it. For most of the day, my job was to sit and supervise people as they separated plastic bottle caps into giant piles. It was, hands down, one of the worst jobs I’ve ever had. The facility was grungy; the work, monotonous. There was no natural light. Everyone smoked all day long, so I developed a terrible sinus infection by the end of that first week. I had no health insurance to go to the doctor with for said sinus infection.

On that Friday afternoon, I came home, crawled into bed with a frozen pizza, and cried because I couldn’t bear the idea of going back. Monday morning, still sick and miserable, I didn’t. I never went back.

I thought a lot about that place as we made the Employment First episode. We’ve come a long way since that time. People with intellectual & developmental disabilities (I/DD) have more options. Unfortunately, not everyone knows about these options.TextREMOVE

We spotlight three very awesome people who are making their lives their own: Nandi, Tira, and Chad.

It should come as no surprise that I especially love what Nandi has to say about the importance of helping people start their own businesses.

Although, it breaks my heart when Nandi says that there are two worlds…the community and the disability community. It’s sad, but sometimes true. We need to make those two come together, so we no longer see them as separate from each other.

Know what would help? If we saw everyone as deserving of their own pathway toward meaningful, gainful employment.

Please, tune in and talk back.

You can hear Hidden Voices on Apple, Spotify, iHeart, Google Podcasts, and Stitcher.