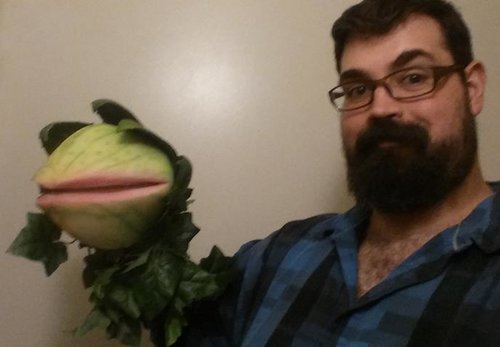 Perhaps you know the scene.

Periodically, you get pulled into quiet, furtive conversations. These conversations take place privately in a living room. Sometimes they pop up over the dinner table during dessert and conversation. They might take you by surprise, coming out of seemingly nowhere whilst driving together in the car…

…”Honey, I’m worried about your drinking/smoking/anger issues.”
…”We’ve been talking about this, and that guy is not good for you.”
…”Son, your weight has gotten out of control.”

Lucas remembers variations on theme of that last conversation. A lot. Particularly with his mom. It happened often enough that he could recite it, chapter and verse.

“I’ve come to think of the weight loss as kind of like cleaning out a closet: it was a chore I knew needed doing, but one I could hide and let keep getting worse and worse. On rare occasions, I’d be reminded I should clean it out, but brush it aside because I had other things to do. Mom wasn’t wrong that I was letting it get out of hand and needed to do something about it.”

Lucas is 6’4”, and the thing he’ll tell you right off the bat is that his weight gain was primarily about making people feel comfortable. Being taller than his peers, Lucas worried he’d be intimidating, so slowly over time, he consciously/unconsciously took on a lot of padding, softened the edges, so he wouldn’t be scary to anyone.

“Almost like a gentle giant,” he says.
“Like Lenny?” I ask, referring to the character in Steinbeck’s Of Mice and Men.
“Yeah, but vastly more aware.”

That’s for sure. He’s nothing if not smart.

Lucas thinks about his body in terms of character. That comes naturally to him. He’s a character designer by trade, and it’s carried over into the other facets of his life.

When I first met Lucas, we were both involved in a karaoke league in the summer of 2016. I’m not sure I’ve ever had so much protracted fun as an adult. You can read more about those shenanigans here. Lucas was in the winning team, Taller Than Average. They were a ragtag group of four guys. Didn’t know each other coming in and were thrown together at the door the first week. But, turned out they all had a great set of pipes and unique, winning personalities to match. We always enjoyed what they brought, as we collectively stepped up our games each week in this hometown version of American Idol meets camp skit night. Whether it was Luther Vandross, The Soggy Bottom Boys, Garth Brooks (avec head mic), or The Barenaked Ladies, his team had us in stitches with their characters, but mostly in awe of their singing.

Lucas especially stood out on the team with his voice, energy, dance moves, and, yes, with his 400+ pounds.

What I didn’t know at the time was that things were already in motion for a big change to come. Not long before karaoke league started, Lucas had visited a new practice. His mother had another of those rare conversations with him, and Lucas decided he’d avoided ‘cleaning that closet’ long enough. He agreed to do something about it. His Aunt and Uncle had both been diabetic and died young from issues that were complicated by their diabetes, and his mother is living with her own uncertain future due to meningiomas. Lucas wanted to give her a gift of peace of mind so she can see him healthy again in her lifetime. He agreed to try something new.

Lucas enjoys things he can do now he couldn’t before ~ running back across the parking lot to grab something from his car, finding the stairs a welcome opportunity, rather than begrudging the escalator is broken.

The process involved a series of blood tests, a handful of prescriptions to balance hormone levels, and a radical, doctor-supervised, crash diet involving a strict, 500-calorie-a-day diet and daily injections for one month. He’s not sure he would recommend that part, as it led to unsettling stories of nausea and uncontrollable vomiting at work due to the shots effectively giving him “morning sickness.” Still, he owes his ultimate success to committing fully to that strict and difficult month.

A lot of us have been able to watch the transformation over the last year, and frankly, I’ve never seen anything like it. I mean, sure there are those reality shows, but I’ve always had some suspicion about their validity and didn’t have a working TV for more than twenty years anyway. But this…this is someone I know in real life. And his pictures and stories and milestones just keep popping up on Facebook.

When Lucas hit his 100-pound mark back in late August, he shaved off his beard. Not to celebrate. Once again, it was about character. He wanted to make a Mario mustache for Dragon Con, so he could go as a matched pair with his friend.

It didn’t quite turn out as expected.

As a character guy, Lucas thinks a lot about facial hair. It’s part of his character, look, and his personal charm. As we sat and talked, he went through a whole litany of characters he’s played at the Renaissance Fair and how he groomed his facial hair to fit. This one had big, bushy facial hair. This one had a pencil thin mustache.

When Lucas shaved off the beard for DragonCon, though, it was the first time he’d seen his chin since college, and the moment was disturbing. Having lost 100 pounds, he thought he was ready to see more of himself. He wasn’t. He felt exposed. There was loose skin he wasn’t ready for. He looked great for the costume, but he immediately started growing back his beard.

Lucas’s original aim was to stop when he reached his goal weight of 250, but as he approached it, he realized it wouldn’t be that hard to keep going, to make it to 200 pounds of weight loss and feel even more comfortable. When he did, the internet lit up. His fan club is huge and fierce. You can tell he both adores and also doesn’t exactly know what to do with all that attention.

Loose skin is something a lot of people who don’t know about vast amounts of weight loss may just not get. Some people end up having plastic surgery or plying creams every day to deal with it. Another thing I’m finding is different: I have a tailbone! Whereas before, chairs were uncomfortable because they didn’t fit me, now they’re uncomfortable because I don’t have as much padding as I used to. I had no idea!

One thing that’s seriously fun to follow is that he now has a lady love. I’m telling you, kids–there’s a lid for every pot. He also got to enjoy playing a new character at the RenFest he would have never played before… a virtual Lothario who flirted with all the ladies and kissed their knuckles whenever he got a chance.

We bonded over weight gain in college–how late-night studying + all-you-can-eat cafeterias are a lethal combination. Mine was 45 pounds post matriculation; it took me decades to shed that weight. I can only imagine the concentration & dedication it took to lose 200 in one year.

When we got together on a soft, summer evening to talk, Lucas showed up at my door looking so vastly different from what he did a year ago, I’m sure I wouldn’t have recognized him if I hadn’t been paying attention. For one thing, he’s just shaved off all his facial hair completely for the first time. Like, since middle school. I asked him six ways from Sunday what that meant and how it felt, and even though Lucas has a lot to say about facial hair and loose skin and weight loss, this new, rawest form of himself has yet to be completely articulated. You might say that watching this transformation take place has been like voyeuristically watching someone you don’t know gradually shed one layer of clothing at a time.

This is the part of the essay where the music swells. I’m supposed to come to some moral point. Our whole conversation was long and rambling, so it’s hard to distill it all down in one blog post.

I asked him. What would you tell someone else who’s looking to be inspired either to lose a lot of weight or just make a big life change in some kind of way?