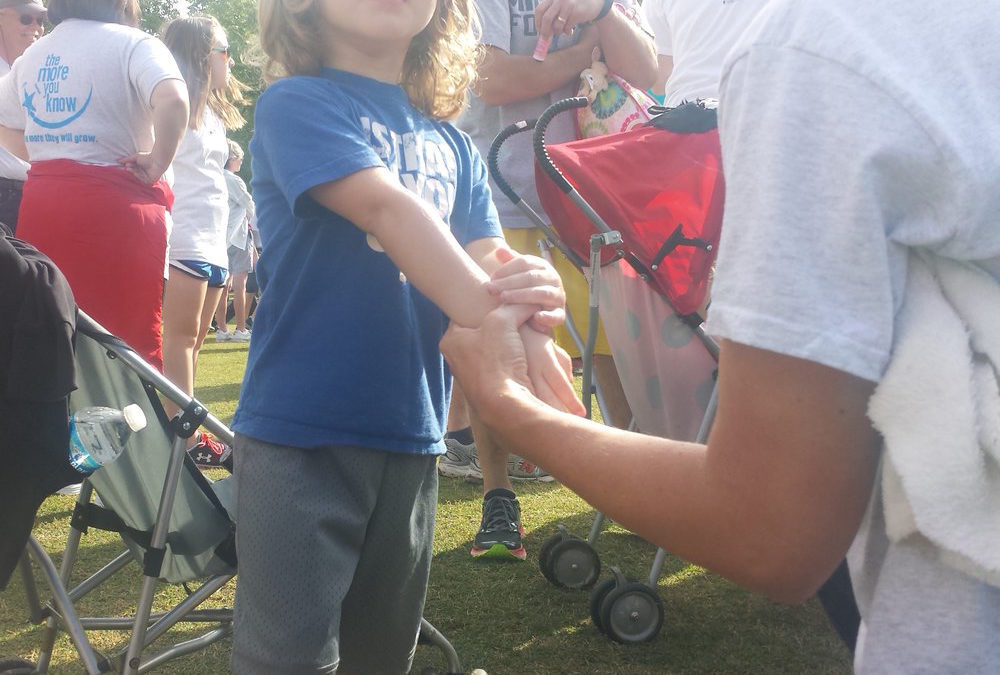 This weekend I traveled home to Tennessee to walk for the second time in the Juvenile Diabetes Research Foundation (JDRF) Walk with my family.

Type I diabetes came to live with us in November 2012, one week after Thanksgiving. My nephew, Brixan, was five years old at the time. When mom called me up to tell me that Brixan had been in the hospital and my sister was very upset, I knew that our lives had changed forever. What I didn’t understand was how much my sister’s life specifically was about to change.

Jenni was “the quiet one” when we were growing up. She was always more like our mom. In fact, she decided early on to be a nurse like our mom. And then, she decided to be an ICU nurse like our mom. The big difference, though, is that, while our mom took care of veterans, my sister takes care of premies in the neonatal intensive care unit (NICU). I’ve listened with amazement, admiration, and horror to her stories of wailing, distressed babies born addicted to crack cocaine, and her efforts to care for these teeny-tiny humans, sometimes for more than a year, only to watch them pass away.

Another thing my mom and sister have in common: they’re both very good at taking care of not just the patients, but also of the families. 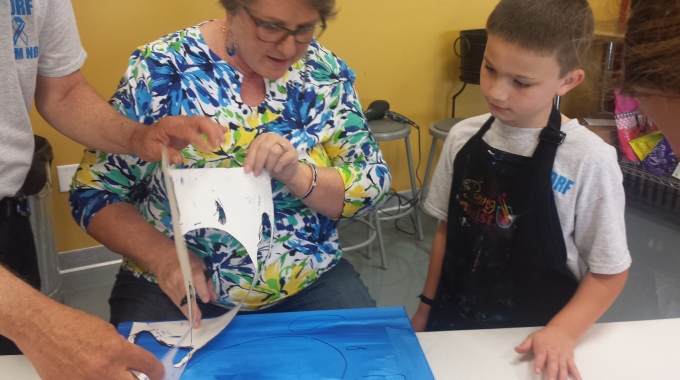 My mom & Brixan at Tessa’s birthday party later that day after the walk.

When Brixan was diagnosed with Type I diabetes, it initially turned our reality upside down. Jenni and her husband and all the grandparents had to go through extensive caregiver training for testing blood sugars and giving shots, knowing the signs to look for, and calculating carbs…you would not believe how much math is involved. Our little guy is such a trouper too, especially now that he’s older and can participate in most of the processes. Although, admittedly, he still balks at having to move his pump’s injection site around every day and a half.

The thing that amazed me the most was that, not long after that first adjustment phase, it dawned on me that Jenni had become an activist in a way I never expected. Not only does she help to raise thousands of dollars every year through walks, marathons, and galas, but she writes beautiful, impassioned posts about the pain of watching her kid’s temperature spike in the middle of the night with the flu — a moment that’s always hard on any mom, I know, but fevers are particularly precarious when diabetes is involved. They can make blood sugar levels go on a dangerous roller coaster ride.

My quiet sister is not so quiet anymore. Her advocacy is fierce and clear.

And she’s got a band of nurse-moms by her side. The thing is, and I wish science could explain it to me, Jenni has three nurse friends at the hospital where she works who also have sons with Type I diabetes. Together, they have become a force to be reckoned with.

Saturday morning, while we were all standing around waiting for the walk to begin, me embarrassing everyone because they were playing Prince (sigh), and I just wanted to dance, I noticed my sister and her friends were making over a new family who just walked up with a young child in a stroller. The little girl appeared to be about 2-3 years old by her size, but somehow in her aspect, the way she was interacting with everyone, she seemed much older. Because I was distracted and trying to dance/not dance, I didn’t pay attention for a while.

Eventually, though, I caught on to what was happening. Five years ago to the day, that little girl had been born when her mom was just six months pregnant. Jenni and her friends who were there with us at the walk had all taken care of her for more than three months as her body matured enough to survive outside of the NICU. They’d all stayed in touch, and so they decided to celebrate her fifth birthday by walking in the JDRF fundraiser together. I can assure you that’s not the only family that’s kept in touch with my sister and her unit. I see posts all the time where Jenni gets tagged and praised on now healthy and thriving kids’ birthdays. 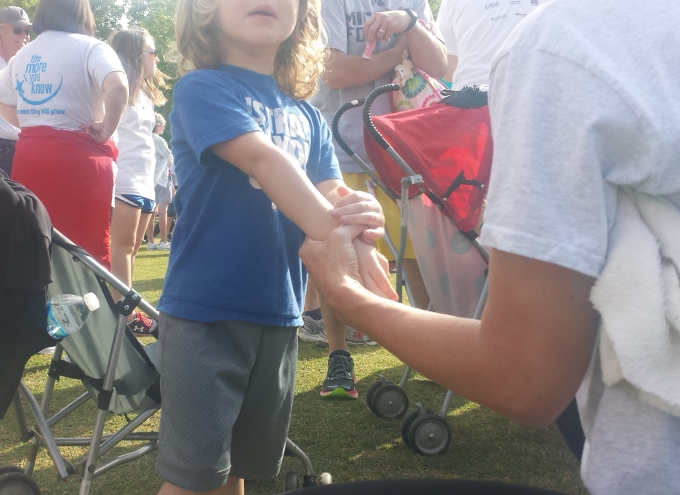 As I watched one of the nurse-moms putting sunscreen on her son, it took my breath away. This woman had five minutes before said something like how much she admired me from watching my posts because of all I do. “I’m just a mom with four kids. I never go anywhere.”

Just a mom? I thought? She’s a mom with four kids, and a nurse, and an advocate for diabetes research and funding, and a freakin’ superhero! What would the world be like if we were all Just Moms? This giant extended family of people taking care of each other, personally and professionally, not being stopped by a thing that could stop anyone if you let it, enjoying the gift of a beautiful Saturday morning.

Eventually, I did get to have a nice, long Prince dance-off avec air guitar solo with my niece, Tessa, and some UT college students. Because, dearly beloved, we are gathered here today to get through this thing called life…