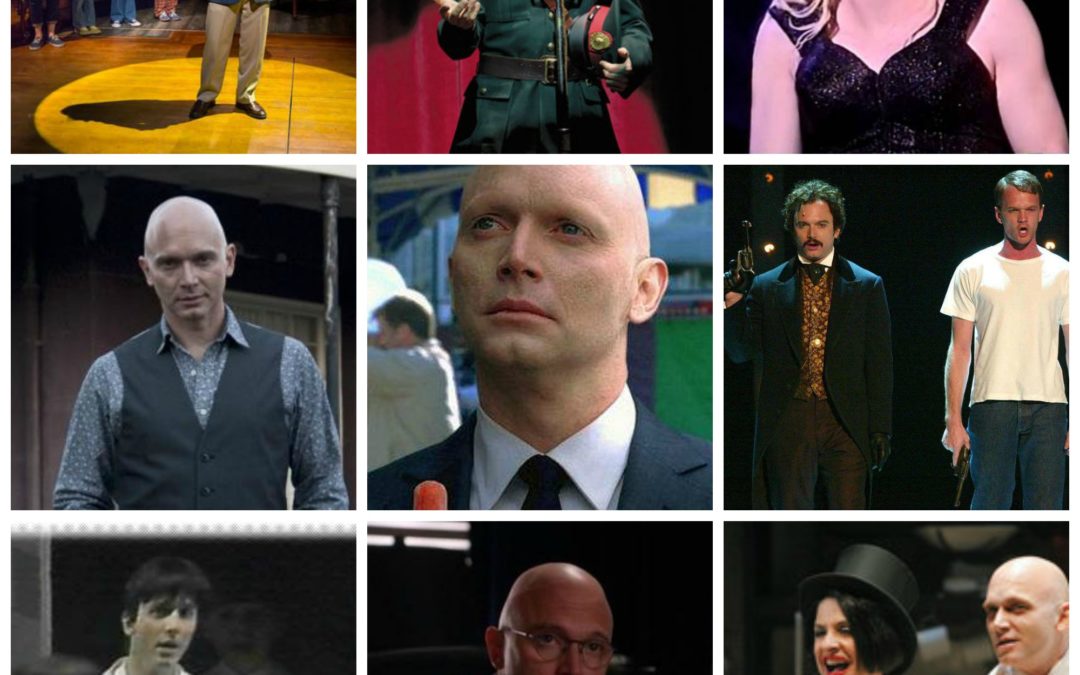 These days on The North Avenue Lounge, once a year we do a theme month where each of the four co-hosts links our episodes together around said theme. This year, I came up with the brilliant idea that we should do a CELEBRITY CHALLENGE and see which of the four of us could get to the biggest celebrity for an interview. It turned into a lot of work, wailing and gnashing of teeth, but ultimately, it’s been so much fun.

My episode came first, last week, with Michael Cerveris. You might know Michael for his role as The Observer on Fringe. He’s also had top billing in countless Broadway shows, including the Tony award-winning Fun Home on Broadway. He was the original The Who’s Tommy, and played Sweeney Todd: The Demon Barber of Fleet Street, and Peron in Evita. Then there’s his roles on The Good Wife and Treme, and and and…

It’s a great episode. He’s a wonderful storyteller, and I thoroughly enjoyed our talk.

Now, here’s the real kicker. One of my best friends on the planet, Amanda Plumb, also happens to be a co-host on NAL. She managed to land for her CELEBRITY CHALLENGE interview today none other than the folk-rock duo Indigo Girls. When Amanda called me up and asked me to join her for this interview, I just about fell through the floor. I can’t tell you what this opportunity meant to me.

In the mid-90s, when I was in college, Indigo Girls were a huge part of the soundtrack of my life. I have sense memories as clear as the taste of my breakfast this morning of riding along in cars, huddling up at campfires, or sitting around in dorm rooms with various friends as we sang their songs. I especially learned the power of two as manifested through profound female friendships, sung out loud at the top of our lungs in poetry and harmony, swapping stories, crying together, laughing together, dreaming together.

Since that time, I’ve had the great fortune to see this band on multiple occasions, in venues large and small. I never in my life would have dreamed that one day I’d be sitting right next to them as they sang to me, my best friend, and a couple of microphones. I also got to ride in Emily’s car for half a mile.

Amanda and I brought Amy & Emily our kombucha and trail mix. We wanted them to know what we were famous for.

Here’s the episode. It’s no less than amazing. They sing four songs from across the arc of their career together: “Love Will Come To You”, “Power of Two”, “Shame On You”, and “Elizabeth”.

One thing that’s interesting about having these episodes back-to-back is that in both the guests are asked to reflect on the nature of celebrity, and also who they would interview if they got to do a celebrity challenge. All of the guests are so humble, brilliant, and creative in their answers, making me wish, for more than one reason we could spend more time together.

I’m not sure how I’m going to go to sleep tonight. How do you put a cap on a day like this? This certainly was not on my bucket list, but now that it’s happened, I think I should start dreaming of a bigger bucket.