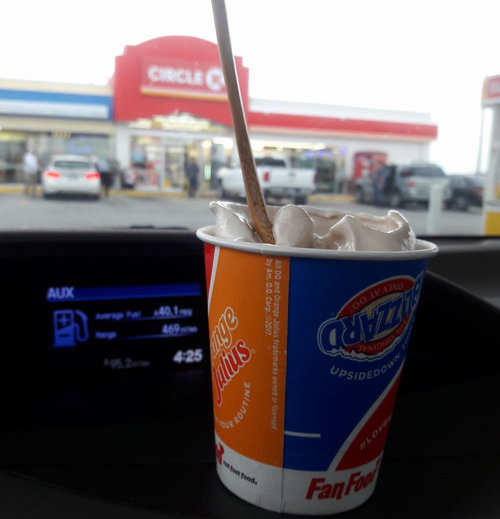 There are certain things in this life we consider to be markers of identity. The parts, whether self-selected or put upon us by others, even assigned by government definition, feel like the ingredients of a recipe that make up our selves. Our essences.

I am white. I am a woman. I am single. I’m cisgendered. I am from Appalachia. I am a storyteller. I am a Methodist preacher’s kid.

Once, after a deeply sad romantic break-up, I decided to go to a woo-woo person just to see what she had to say on the matter. I was hoping she would tell me something profound and poignant about my love. Perhaps even that we were destined to reunite.

Surprisingly, the first thing she said was, “Your stomach is your weakest body part. It’s plagued you your whole life. It will be the quest of your life to heal it.”

I thought, You got that from me being a Leo?

She was not wrong. My stomach has always been my barometer, the place where I carry all my stress.

Just a few months into launching my new practice last year, an old friend from high school contacted me. Brian had been following my career and was interested in kicking some work my way.  He and his wife, both Methodist ministers, had an idea to bring me to their area in North Carolina for a training with both clergy and laity on storytelling for spiritual and professional development. As we talked about this wonderful opportunity, a sinking feeling started in the pit of my stomach.

“Brian, I know you’re going to want, at least partially, to sell my leadership on my being a Methodist preacher’s kid. We can’t do that. And I don’t want to talk about it.”

What followed was Brian being uncharacteristically stunned into silence, like one of those needle-being-ripped-off-the-record, E.F. Hutton sort of moments. “Ooooohhhhkaaay,” he said.

You see, about a year before this call, everything had changed rather abruptly. My father did something terrible. My mom did something brave and left him within a week. I haven’t spoken to my father since and likely never will again. Our family has been living in a new reality since then.

As I explained all of this to Brian, I realized I’d unknowingly shed my identity as a Methodist preacher’s kid. At least, it wasn’t something I wanted to claim anymore. We discussed options, came up with easy workarounds. I had plenty of other connections to the Methodist church to rely on, and ultimately it didn’t feel like that big of a deal.

On the outside, at least.

My social media followers have come to look for posts from long road trips about BYO spoon Heath Bar Blizzards. Once, when I was in a very intense travel period, my sister asked, “Just how many DQ Blizzards have you eaten lately?” However, as the residency approached, the acid in my stomach began to rise. It started waking me up at night. I wasn’t enjoying food because it wasn’t going down.

By the time I hit the road for the long drive to North Carolina, I knew that something was terribly wrong. I didn’t even want to stop at Dairy Queen for one of my legendary Blizzard Breaks.

Walking into the church’s educational wing, with its prosaic bulletin boards and the ubiquitous cross & flame emblem, I was awash with both familiarity and dissonance. This place, so like all those buildings where I spent most of my childhood. This place, so like what now haunts me and makes me feel scared of being found out. I stared at the slogan for the global United Methodist Church tucked in a corner:

Caught in a reverie, I thought to myself, I wish this were as true a statement as it’s attempting to convey. In case you’re unfamiliar, the Methodist church is at the moment locked in an internal, seemingly intractable battle over LGBTQ issues. It could possibly split. I often think to myself that I hope the church remembers that the last time it divorced was over slavery. That’s why today it’s called the United Methodist Church–from the reunion and reconciliation process. As Dr. King says, the arc of the moral universe is long and bends toward justice.

That aside, I thought to myself in this moment of contemplation and then resolve, I’m going to take this message as my cue that I should feel welcome here, no matter who I am.

Still, by that night, after making it through my first two workshops, I had to turn down all offers to join anyone for dinner. I sat and sulked in my hotel room over a half-eaten room service dinner of mashed potatoes and ginger ale. My stomach was trying to burn its way out of my body like the creature in Alien.

The following day, as we continued our training, the clergy and I were having a lovely, candid discussion.

On the outside, at least. On the inside, I was a hot mess.

At times, it was downright comical. One pastor who was having a hard time with his small congregation spoke about how he had invited his wife and children to attend another church so they wouldn’t have to worship in a place so riddled with controversy and heartache. He looked at me so earnestly and said, “You know, some of these Methodist preacher’s kids don’t even end up in the church.” “Yeah,” I said flatly, pushing down both a smile and a grimace, “I can imagine.”

At this point, my stomach acid was all the way up in my throat. I pictured it being like one of those fundraising thermometers with the cheesy, tuxedo-wearing MC blasting out through a megaphone, “We’ve reached our goal, folks!”

The group started talking about where we learned storytelling–grandparents, camp, the old men down at the five-and-dime. One person offered, “I know this is bad, but frankly, for me it was Bill Cosby.” Many of us in our forties and fifties could relate. We talked about Bill Cosby’s quintessential stand-up special in the early 80s, Bill Cosby Himself. It was so highly quotable people were known to go around saying random lines to each other, especially regarding chocolate cake, childbirth, dentists, or an errant child at the airport named Jeffrey.

“But nobody can talk about Bill Cosby anymore,” he said, seemingly a little lost.

I was lost myself. I felt itchy tears start to sting my eyes. I wanted to throw up so badly.

You see, he was right. Nobody can talk about Bill Cosby anymore. And nobody can talk about my father anymore. And that stupid Bill Cosby special was something I had shared with my dad. I bought him the DVD for Father’s Day years ago. We would pull it out and watch it together periodically. It was one of the few things we truly shared. I never saw him laugh so loud and so hard at anything.

Thing is, this was also the same week that the Louis C.K. scandal broke. The #MeToo movement was just coming into its prime. Every other day, a new male celebrity or politician was going down in a ball of flames.

And so, that was the moment. It felt like stepping through a curtain. I realized that I had a new identity. Sure, I might have lost a past one, but now I had a whole new tribe. All of those women…

…Over all those decades…

…as they had one experience on the outside, but kept their true experience bottled up on the inside. They waited for the chance to be heard.

I preach a gospel of authenticity and vulnerability in my storytelling curriculum. For some reason, though, it felt like I couldn’t be truthful about who I am that week. I came to see just how expensive a choice it truly was. Expensive to my body, and to my spirit. The effort of trying to cover it all up, the lack of transparency, was eating away at my insides.

The next time I came back to work with the Methodist church in North Carolina, I told the clergy who I was. I told them this exact story as a matter of fact. They embraced me with open minds and open hearts.

It was such a relief.