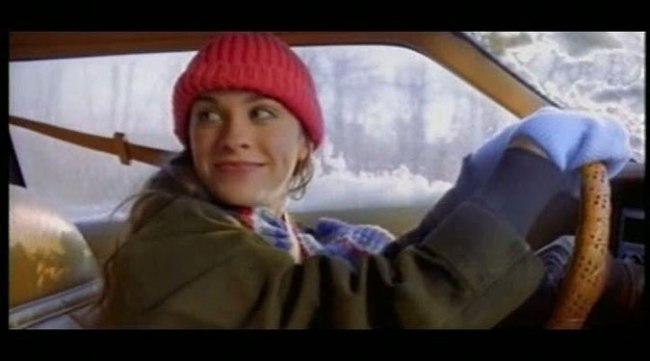 A couple weeks ago I went to a live re-enactment of Alanis Morissette’s seminal 90s album, Jagged Little Pill. I was so unbelievably excited to have this opportunity that I downloaded and started streaming the entire album days beforehand, screaming it at the top of my lungs in the shower and in my car until I nearly made myself hoarse before I even go to the show. I have such fond memories from college of taking this CD on a trip with my friend Charlene. We drove in her giant, electric blue Suburban all the way to the beach in South Carolina and back, smoking cigarettes, drinking Barq’s cream soda, and singing along to this album as if it were the soundtrack to our souls.

The night of the Jagged Little Pill concert, my friends, also women in their 40s, sat around reminiscing about our stories like the one I just shared. At some point, I said, “I wonder if they’ll do the hidden track off the album?”

My friend, Amanda, looked at me, puzzled. “Hidden track?”

“You know, that song that came at the end, after the last song. You had to let it play in silence for a couple of minutes, and then it would start playing.”

We were gobsmacked. How could she miss one of the most amazing phenomena about CDs? If you’re unaware, let me catch you up. When CDs were at the height of the form, before streaming bumped them out, there were remarkable, tactile ways to interact with them that will never be replaced.

First, of course, was the album artwork, the liner notes, just the aesthetic experience working your way from the outside in.

But then, once you got that beautiful medallion into the device, you got to play around with it to see if you could find any hidden tracks. There was one on an album, I can’t remember which, that you could find by hitting the back button as soon as the first song started to play. Of course, this was the eve of the internet, so you couldn’t just go online and see what everyone else had to say about the matter. You had to try it for yourself, or, gasp!, talk to people.

Our Jagged Little Pill night was provided by an all-guy cover group called Saved by the Band. They go all over doing cute, kitschy, nostalgia-filled evenings just like the one I experienced. Act II, after the album was over, avec hidden track–with style and flourish I might add!, was a collection of other great female ballads from the 90s.

Here is where I really lost my mind.

Songs I didn’t even fancy myself as nostalgic for, frankly turned my nose up at back then, came belting out of my body as I danced in the crowd and swooned up at the cute boy singing my girl power lyrics, and got a 1-hour crush on him, even though I’m pretty sure he was gay. So, yep, it really was just like I was back in college.

I think about those quintessential songstresses, the ones I didn’t eschew, and what they were teaching me. The ones that got the top row of my double-stacked crates of CDs, so carefully curated and put on display, covered with a drape-y scarf and candles and hauled from dorm room to dorm room to apartment to apartment for the better part of a decade. Alanis Morissette, Melissa Etheridge, Tracy Chapman, Jewel, Meredith Brooks, Dionne Farris, The Cranberries, Sheryl Crow, Natalie Imbruglia, No Doubt, Sophie B. Hawkins, Lisa Loeb, Natalie Merchant, Tori Amos, Ani diFranco, Indigo Girls…

Those ladies taught me a lot. We may not have gotten to #metoo until much later, but it was building on waves that came before. Sometimes, hidden waves. Sometimes they were visible, but you didn’t exactly know what you were looking at. And sometimes, those waves were riding on a pretty funky guitar.