Hello, Pot. This is Kettle. 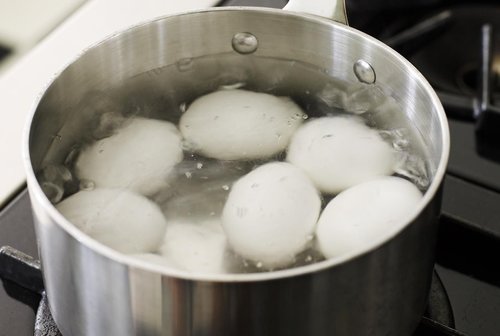 I used to be known for telling a lot of online dating stories. They were what I was well-known for both at live events here in Atlanta, and as a part of my social media persona. People were highly entertained by my exploits and humiliations. As I came to understand the power of storytelling, and the ability to create our reality by telling stories, I decided to stop living my dating life quite so publicly as I’m still hoping to change that narrative.

These days, I find I’ve replaced those stories with Airbnb adventures, and all the lovely, crazy people who have made their way across my transom. From the person who stole my microwave splatter cover to the person who complained about my smudgy handles to the person who left a candle burning for an undetermined amount of hours in the bedroom.

The last one got a lot of conversation going, as people thought this was an extremely egregious act. I did too.

Two weeks ago I came home from running errands, preparing for a trip, like you do–busy and distracted. As I walked into the kitchen, I slowly took in a scene I had a hard time comprehending. Fluffy white/beige fluff was strewn on the ground here and there. Was it insulation? Had the ceiling fallen through? Had I somehow left a window open and inadvertently let an animal in? (This thought, a wild one, because most of the windows in my house are currently painted shut, which frequently irks my air conditioning-hating self.)

I’ve experienced this phenomenon in other situations of shock, where you only take in the scene one frame or pixel at a time.

Oh, there’s a faint, strange smell in the air! What’s that? I wondered. But I had cooked earlier in the day, so I thought it was just the ghost of breakfast lingering.

And then, reality started to drift down on me. It began at my hairline and crept its way to my eyebrows and finally into my brain.

I had left the house with two eggs boiling on the stove. For an undetermined amount of time. And now they were exploded all over my kitchen. From entryway–to ceiling–to floor–to cabinet doors.

It took me about an hour to clean up the mess. All the while I scrubbed and swept, I kept thinking about the girl who left the candle burning in the guest bedroom. How judgy I’d been. How everyone had been throwing down condemnation about the situation on my Facebook feed.

I vowed I would never tell anyone what I’d done.

Then, the next day I told one friend and said, “You’re the only person I’m going to admit this to.” A few days later, I told my mom.

Yet here I am…telling everyone.