Everything We Need pt. 2 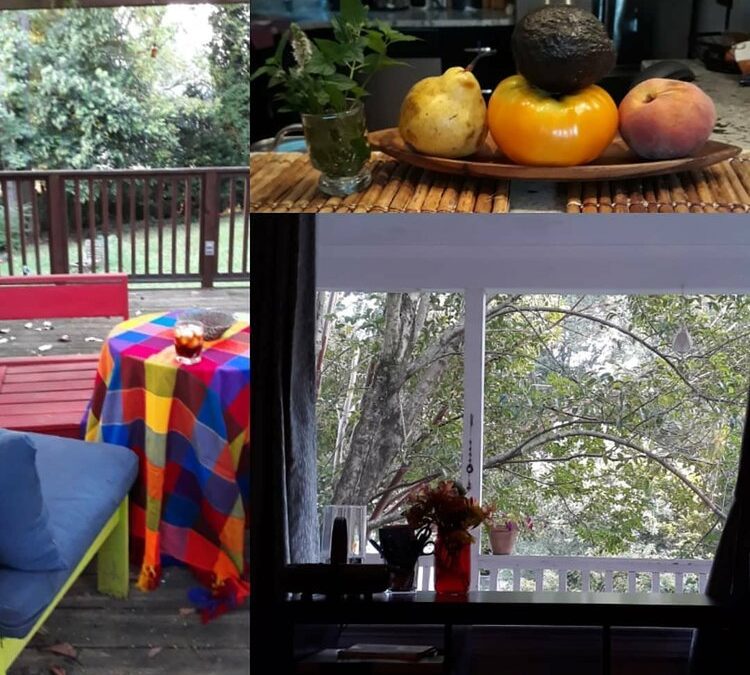 If you’ve been following for a while, you may have already ascertained that 2016 was a year of giant upheaval for me personally. That was even before the election changed the sociopolitical landscape for our country, or at least revealed and made manifest things that had been bubbling for a very long time.

Here at home, I was already in what felt like upside-down-crazy-pants territory. In many, many ways, I credit that time, both the personal and the political, for how it is I came to finally claim my calling and become a professional storyteller and coach.

One of the undeniably great things that happened for me that year, though, is that I bought my first house.

Deep in the summer, months after I’d settled in, a friend came to visit my new house for the first time. Celeste is not a close friend – we only see each other a few times a year – but I think of her as a mentor and inspirer.

The purpose of Celeste’s visit was to see and celebrate my new space; she had no idea what was going on in my life.

I hadn’t exactly planned to tell her. I took each conversation during that time of deep, primary, but private grief as it came. With an interesting curiosity. Hmmmmm, I wonder how this will feel? Will I feel safe? Will I get what I need if I tell this person? Is it better, today, to just pretend that life is normal?

As we moved around, looking at rooms, remarking on the colors, the beautiful light, talked about the possibilities, I decided I did want to tell her. Desperately, in fact.

We settled down for tea in my den, and so I spilled it all. After I’d finished describing the situation, how bizarre and hopeless it felt, I summed up by saying, “I think, the one conclusion I’ve come to is that I will never take a normal day for granted again. It’s like when you’re getting over a cold, you know? You think, I’ll never forget how nice it is to feel well, breathe through my nose, have enough energy. All those little things that we just skip over. I think about all the silly stuff I used to complain about…it’s all in a new perspective. I feel as though I’ll never forget this feeling.”

Tears were in my eyes. It just stayed quiet in the room for a while. Celeste, the consummate artist, full of grace and elegance, knows how to hold space, not to jump in with a response until she’s thought. Even a conversation feels like a dance with her, where the silence feels like the pause before energetic springing forth into the next phrase.

Or you might go back to your sense of normal because you’ve healed. What a gift that might be too.

Either way is right.”

I’ve been thinking about that moment a lot in the last month of isolation as I sit in this den where Celeste gave me that reflection. It’s like a variation of Schrödinger’s cat. Whether we move on from now and live our lives completely differently, or we are restored to what felt like normal, we will heal from this.

Don’t get me wrong, it won’t be right if we continue with an inequitable health care system, refuse to pay “essential workers” a living wage, let systemic and blatant racism fuel our news cycle but not our actions, and continue to trash the environment. But it will be right if we can gather in real, physical spaces again, when we can dance and touch and embrace each other, share meals over tables and not just over FaceTime, when we can plan further ahead than grocery store trips and walks to the mailbox.

I would never have have asked for what happened to me in 2016, but now that it’s there, it’s part of my resilience toolbox.

As hard as 2016 was, tomorrow still came. It was both different, and the same.