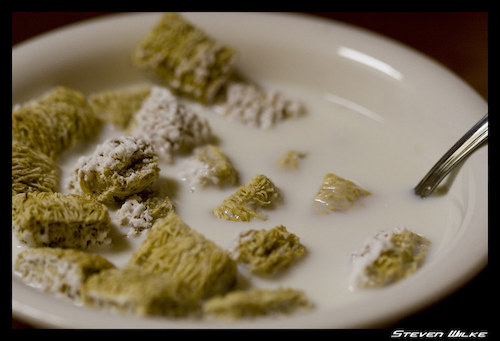 You may remember, I’m on writing sabbatical for the first part of the year. So why doesn’t that mean I’m seeing more posts, rather than less? you ask. Well, that’s complicated. I’m trying to concentrate on what will go into this book and not sharing it right away. Frankly, it’s so much easier talking about the amazing humans out there in the world who’s stories take shape through projects when StoryMuse is in full force than it is about my own navel gazing.

What I especially haven’t been able to articulate yet is…my book is…changing…evolving. I’ve been ostensibly writing a book called Walks with Grief for many years now, but once I got into the sabbatical and gave myself the time and space to really work on it, I found it was more than I bargained for. Still can’t talk about that completely, but appreciate all the good writing and concentration vibes you can send my way.

Here’s a little piece I wrote a while ago. Have no idea if it’ll make it into the book or not, but I kind of like it.

Let me hear from you!

CW: This post contains passages that refer to disordered eating.

The first time it happened, it was really unplanned. I was twelve. My best friend had thrown me over for cooler girls. There I sat at home on a Friday night, not at a slumber party with the rest of them. So, I invited Loneliness over to hang out. Always so obliging, so eager, that Loneliness. Unlike me, she never begrudged being the substitute friend when there was no one better or more interesting to fill the social calendar.

We were just hanging out there in my bedroom in companionable silence when I thought to myself, I wonder what it would be like to eat Loneliness?

Immediately after the thought occurred to me, I was mortified. I looked away, afraid she could read my mind. Why would I do that? I couldn’t eat my friend!!! This was a terrible thought.

Still, over the course of the night, the idea grew and grew, like a pulse that increases with physical exertion. Until finally, I simply couldn’t stand it any longer. I attacked her. Gobbled her up. She tasted chocolatey. Like a Mars bar. I lay back in bed. So. Satisfied.

In the morning, when I awoke, there was a wrapper on the carpet in my bedroom. The evidence of my crime. A tell-tale heart. I threw it away and went to the bathroom to wash my face. I came back a few minutes later and buried it under the first layer of trash.

I felt Loneliness whisper in my head, “Now I’m inside you. We’ll be together forever.”

It was so awful; I felt so guilty. I vowed to myself, “This will be the last time.” And so it was…for a while.

But then, one night in college, I’d invited my friends, Envy and Shame, to come over and hang out in my dorm. I was having a hard time, not adjusting to the social life of college. These two were such comforting companions. Unfortunately, we got into a fight. I wanted to go out. They wanted to stay in. We agreed to sit down and have a meal together and think about it. BUT HOW COULD I THINK WHEN ENVY WOULD NOT STOP RUNNING HIS TRAP? He went on and on and on! I just needed to shut him up. All the while Shame kept shaking her head, making these annoying tsk-tsk sounds, agreeing with everything Envy said. THESE TWO! I had to get rid of them.

I pounced. They fought. Envy tasted like salty ramen. Little chunks of undissolved powdered broth lodged in my cheeks. I tried to wash them down with some Shame, who tasted very like vodka. Oh, gosh, that was harsh. Now, let me have some Sprite. Nope, have to finish off Shame.

Just like when I was twelve, I lay back on my bed. Envy and Shame were now warring inside my belly. Envy sent up a flare gun. Shame flooded the battlefield. I propped myself up on pillows to see if it would help. Finally, I realized their war was not just with each other, but with me. This was not going to end well. I rolled over and put my head in the trash can.

A few minutes later, I sat back. There they were. Envy and Shame looked back at me. Now a mixed-up, united front. “We will be back,” they laughed.

I can never do this again, I thought to myself. What a laughable assumption.

In my twenties, I surprised myself mightily when I dined on Pride, whom I always thought was good. I’d won an award for my work, something I’d wanted for a long time. I was so very pleased with myself. I came home to an empty house and closed the door. The house felt empty; I felt empty. Loneliness whispered in my head, “We could have a real party with Pride you know…”

Oh, Pride was so good indeed. A medium rare hamburger with french fries that made me unzip my pants.

A few years ago, I started seeing a therapist. She recommended I try mindful eating. So one night, I did. I invited my friend Rage over. I sat there and mindfully ate him up so slowly, so intentionally. I felt the coil of Rage wind tighter and tighter as I swallowed each bite. When it was over, I dropped my plate into the sink, swiped my palms together to get the crumbs off and thought, Well, that was interesting.

Anxiety and I have a love/hate relationship. He hates that I love to eat him. Anxiety tastes like cereal. I have been known to eat a whole box of Anxiety in a day. The problem with Anxiety is he tastes like nutritious fluff, and it feels good having him go away, one bite at a time, but he just keeps coming back. There’s always another bowl, another handful, of Anxiety.

There’s this one, though. I carry a little trophy in my back pocket. My most famous victim…Grief. Now, when I first met Grief, she was a tough one. I mean, she’s literally tough to chew. She gave me terrible indigestion, landed in my belly like a lead brick.

I discovered that there are many members of her family. I’ve been systematically stalking them all–Despair, Depression, Sorrow. When I try to eat them, they just sit there, undigested for many months.

The one I find most delicious of all? Heartbreak! Oh, I just love Heartbreak. I could sit and eat Heartbreak all day long. Heartbreak is chocolatey and delicious.

He must be related to Loneliness somehow.