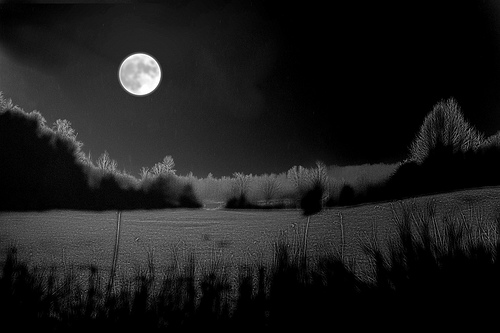 Recently, I went to an Atlanta Braves game with my family as they came to visit me in the big city. I’m not much of a sports fan, but I thought it would be sort of campy cool to catch a live game. Unfortunately, we sat and watched as the Cincinnati Reds ran up the score big time, including one stretch where they made eight runs in one inning. By the top of the ninth, we decided to head out early to beat the traffic. The Braves were down 9 – 3. I was so sorry that my family had driven all the way to Atlanta, only to see their team lose so royally.

After a long, hot walk to the car and sitting in the steamy parking lot for a while, we merged onto the interstate. I thought to myself as we drove, if I go right here, we go home; but if I go left, then maybe we go somewhere else fun first.

Charlie was one of those guys who knew how to get you. He wasn’t slick exactly. He just knew how to work it. Intelligent and understated, with a sideways smirk. An architecture student with a ponytail ~ it was the 90s, so that was ok. He would randomly show up on a Saturday afternoon and say, “Let’s go for a walk.” Or “How about a drive?” And then he would disappear again for weeks.

I loved him fiercely. He had no idea. Or at least, I don’t think he knew how I felt about him. I never declared my feelings for him.

I need to explain something to you here:

For the better part of my first thirty years, romance consisted of only one definable trend ~ huge, unrequited crushes.

In case you’re unfamiliar, the crush is called a “crush” because of the general compression you feel around your heart most of the time, particularly toward the end of the crush period. It begins with light, floaty happy feelings, but as time goes on, when those feelings are not given over to action, they turn to what my friend, Erica, calls “fring.” The molecules spin faster and faster inside your chest creating a nearly drunken feeling, which can then quickly turn into deep, dark depression.

My crushes roughly followed this pattern no matter how old I was:
1. Meet a male human being, become friends with him, spending lots of time with him until I suddenly realize that I no longer just want to be friends with this person.
2. Tell every girlfriend I have about the way I’m feeling, do not tell him how I’m feeling, and maybe tell some of his friends in hopes that they might spill the beans but absolutely forbid them from saying anything to him.
3. Awkwardly flirt, be mean, do weird motherly things for him, and/or do nothing and pine.
4. Make mix tapes/CDs (depending on the decade) in honor of the crush. Perhaps give him the mix tape/CD in hopes that he will pick up on the subliminal messages.
5. Re-hash all interactions with girlfriends as a way of feeling that progress has been made.
6. Repeat steps 2-5 over and over until…
7. Explosion in some form or fashion (a fight, a confession) must occur so that:
a. Friendship must end.
b. Crush can subside.

I can’t really say how or why I developed this pattern or why it lasted for so long. It never – and I mean never, ever – actually progressed to actual romantic activity with a single one of my crush recipients. Tim, Bryan, Paul, Dewald (the South African), video store guy…I could write a country song about them all while drawing little heart-shapes around each one’s name.

But, we were discussing Charlie.

On this particular January night, I was deep in the heaviest part of my crush on Mr. Charlie. The plan: head up to Roanoke (about an hour away) to go to a bookstore, then meet some friends for dinner and drinks, and maybe go to a movie.

When we got to the bookstore, I immediately had to go to the bathroom. When I emerged, I found Charlie in the poetry section, leaned up against a bookshelf, reading. There he was, so casually slouching, wearing his corduroy blazer and scarf, and reading poetry. Could he possible know what he was doing to me?

And then he started reading out loud to me as soon as I walked up.

I can’t remember exactly what the poem was, but it was like Rumi or Dylan Thomas or something. Read: Hot.

It was so unfair.

Maybe Charlie really did know how I felt about him! Maybe he was teasing me?

(In case you’re not paying attention, let me point out that this is precisely the kind of activity that will bring the fring – As in, the moment when pitty-pat, pitty-pat turns to ka-thunk, ka-thunk.)

Dinner was lovely; nothing of note. Just a nice meal with lots of laughing and good food. We decided to skip the movie and head on back to Blacksburg.

Somehow, though, in the after-dinner glow on our drive back, as we approached the interstate, I said something outrageous.

Charlie turned to me with a mischievous look in his eye. “Well, which way should we go then?”

Could I really be this girl? Spontaneous and wild?

Well, maybe I could, but the next day I had to work at a stupid temp job, pushing credit card applications at a football game. I would probably make $50 that day. At the time, that was a lot of money to me. I was afraid that not showing up would mean that I would become blackballed by the temp agency. I needed a little more heads-up time to be spontaneous. And so, reluctantly, I said, “I do have to work tomorrow. I guess we should head back.”

I saw the disappointment flicker across Charlie’s face. It was like I had offered a piece of candy to a child and then snatched it away. But then he said, “I understand.”

As we approached Blacksburg, though, we were still giddy with the evening’s fring-y energy. It was palpable in the car. Just before I was about to take the exit, Charlie said, “I’m still not ready to go home. Keep driving. There’s supposed to be a meteor shower tonight.”

And that’s how we ended up at Pandapas Pond. So, I might not have been so impetuous as to have driven to D.C. on a whim, but I was thrilled to the point of wanting to pee on myself in that hide-and-go seek kind of feeling as I found myself sneaking into a state park in the middle of the night even though it was completely illegal.

It was one of those crystal clear January nights after it’s snowed. The ice had melted off the roads, but there were still piles of snow everywhere else. A full moon made everything brilliantly incandescent.

We got out of the car and crunched across the ice that had built up on top of the snow, digging our toes in for balance. Everywhere my eyes darted, I was certain a cop would emerge from the shadows. We found our way to a clearing where we could see the stars quite nicely, and then we waited.

It didn’t take too long. He was right ~ there was a meteor shower that night. Eventually, when I was pointing out some celestial body to him, Charlie stood behind me and put his head on my shoulder. He’d done this before. He was taller than me, and he said that he was doing this so that he could see things from my perspective.

This was the second time that night that I thought to myself, “Does he know? Is he actually flirting back? Or is he just messing with me?”

Let me just spoil this heightened sensory reality for you. Nothing happened. Go back and read the rules of the crush. That’s how it works. After we had our fill of the falling stars, and we were nice and cold, I finally took him back to his place at about two o’clock in the morning.

As I lay in my bed that night and recounted our adventures, I reflected to myself as one is wont to do after such an occasion.

I think this is just way life goes for me, I thought to myself. Somehow, right then, at the tender age of 23, I just made up my mind that that was the way it was gonna be. Inaction, lots of frustration, time spent simply wondering if any guy was finally gonna do something!

I drew these boundaries around my heart. Set up stakes, popped a tent and lived in that place for another decade. There were a few blind dates once in a while. But somewhere in there, five years went by and I didn’t even kiss anyone.

So that night after the Braves game, my grandmother called to check on my parents on their trip to the big city. When she got on the phone with me, she said, “Well, I’m so excited for y’all that you got to see such an exciting game. How about our team?”

Now, my grandmother’s a pretty funny lady, but I’d never known her to be capable of such deep sarcasm.

“Um, yeah, pretty sorry, huh? I can’t believe they got trounced so bad.”

“What do you mean? They won that game!”

“I beg your pardon?” I came back astounded.

I sat there, mouth agape, as I gestured for my family to come over and turned on the speakerphone. She recounted the tale of how, in the bottom of the ninth inning, the Braves had miraculously come back from the depths of despair with every possible play, including a grand slam. Despite the odds, and being completely written off by everyone, including us, they had triumphed.

My family were, needless to say, completely indignant. We quickly went over to the laptop to pull up the replays and stats. After much more indignation and shucks and gosh darns, our ultimate conclusion was that the only reason they won was because we left.

But again, I lay in bed that night and thought about the irony of it all and the lesson in a sporting experience I don’t typically value.

Here I sit, more than ten years after my crush on Charlie. I’ve gotten a few more tools in my tool belt since then. I’m certainly a more experienced game player. And, this is the conclusion I’ve come to: If you can still win a game in the bottom of the ninth, especially by coming back from that far behind, then I suppose I can’t make any hard and fast decisions about the way my love life will end up, based on evidence gathered at the age of 23. I’m erasing the borderlines, pulling the stakes, making room for something I can’t predict and am exhausted with trying to.