An Object Lesson in Power Washing 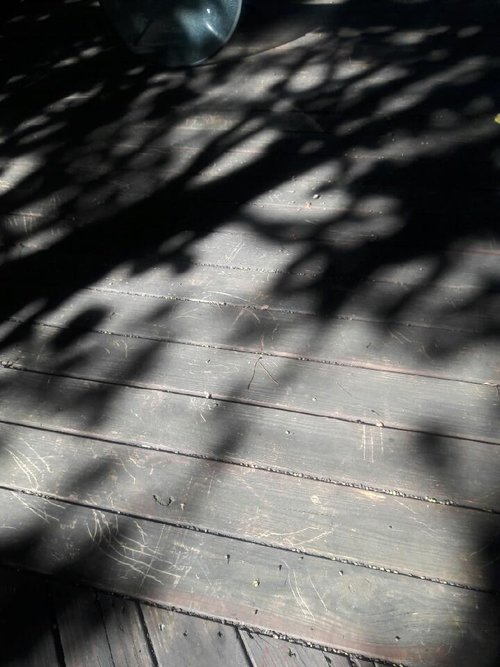 A few weeks ago, I borrowed my neighbor’s power washer to address some algae growing on the back of my house as well as some doggie toenail scratches on my deck. Here are some things you need to know about this story going in:

Someone had suggested that the scars in the deck could perhaps be ‘buffed out’ with a power washer. I reached out to my neighbor to see if he wanted to throw in with me on a power washer rental because they were cheaper by the day, and he wrote back to say he already owned one.

So one beautiful fall afternoon, I set to work with the fateful tool in hand. It was so glorious to watch the algae come off the back of my house so elegantly. Of course I experimented writing my initials, hearts, flowers, and other girly graffiti as I worked.

House done, I moved on to experimenting with the deck.  My results there…not so good. Actually, pretty disastrous. I watched with horror as, rather than ‘buffing’, the stain was completely removed in strips. Looking back, I believe that’s what the person who made this suggestion was imagining, that I would go back and re-stain the entire deck as well. This was not my plan, though. The deck is HUGE!

Why am I telling this story here? For a few reasons…

My house was ready and able to take a power washing.

My deck was not.

Sometimes our stories are the same way.
Sometimes our vulnerability,
our honesty,
our sarcasm,
our senses of humor,
and how we give
~ or receive ~
ALL.THOSE.THINGS.
are like power washing.