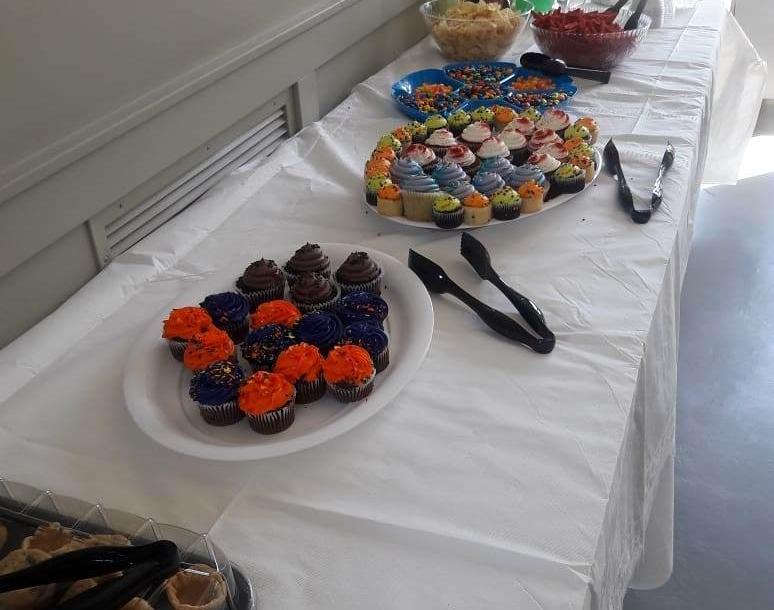 A few weeks ago, we wrapped up the second cycle of my residency at Devereux Advanced Behavioral Health with girls who’ve been commercially sexually exploited. Each week for six weeks, I would travel to their treatment facility in Kennesaw, Georgia, either for group workshops or individual coaching. The cycles culminate with a show, where participants can invite staff and administrators to see them perform their powerful personal stories.One thing I’ve greatly come to appreciate about these kinds of projects is that not everyone chooses to tell their hardest stories, the ones about the deep trauma relates to why they are actually there. It demonstrates the deep resilience of the human spirit and just how beautiful and complex we are. Sometimes these girls also want to talk about birthday parties that went amiss, what they learned from their favorite grandmother, or the brother who they’ll always miss. 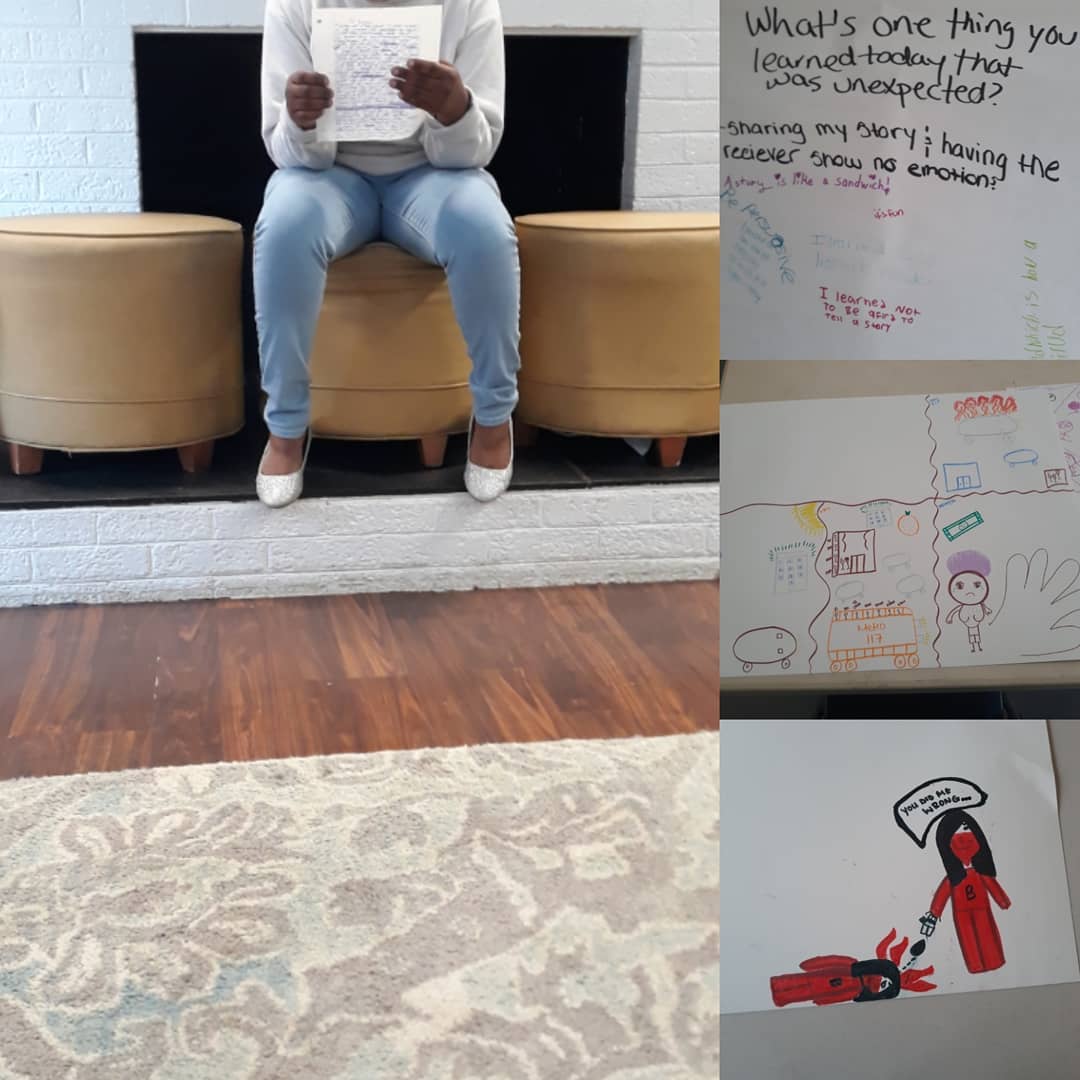 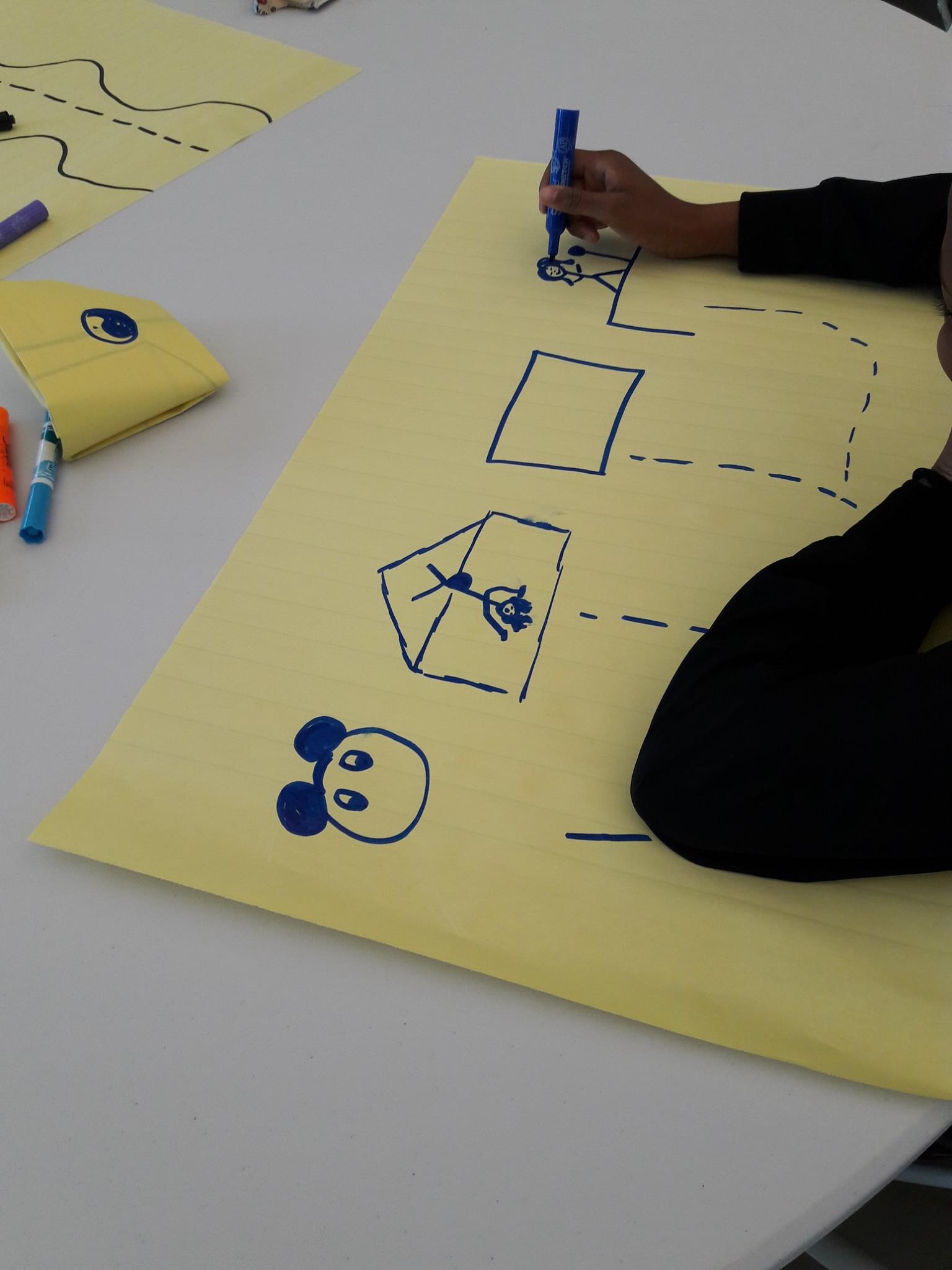 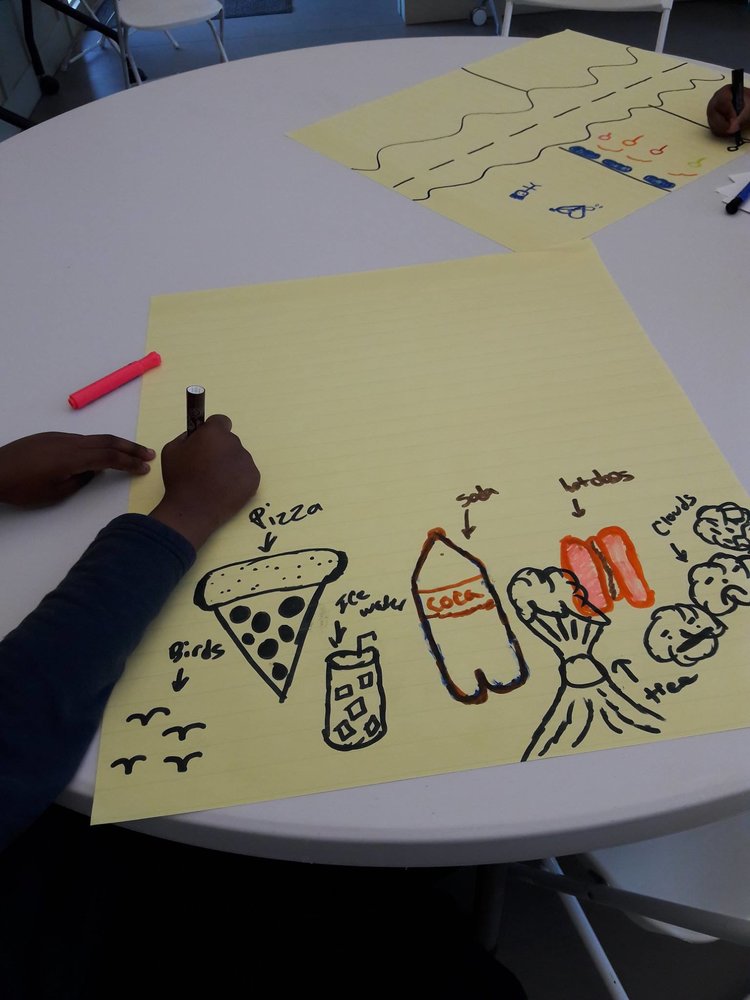 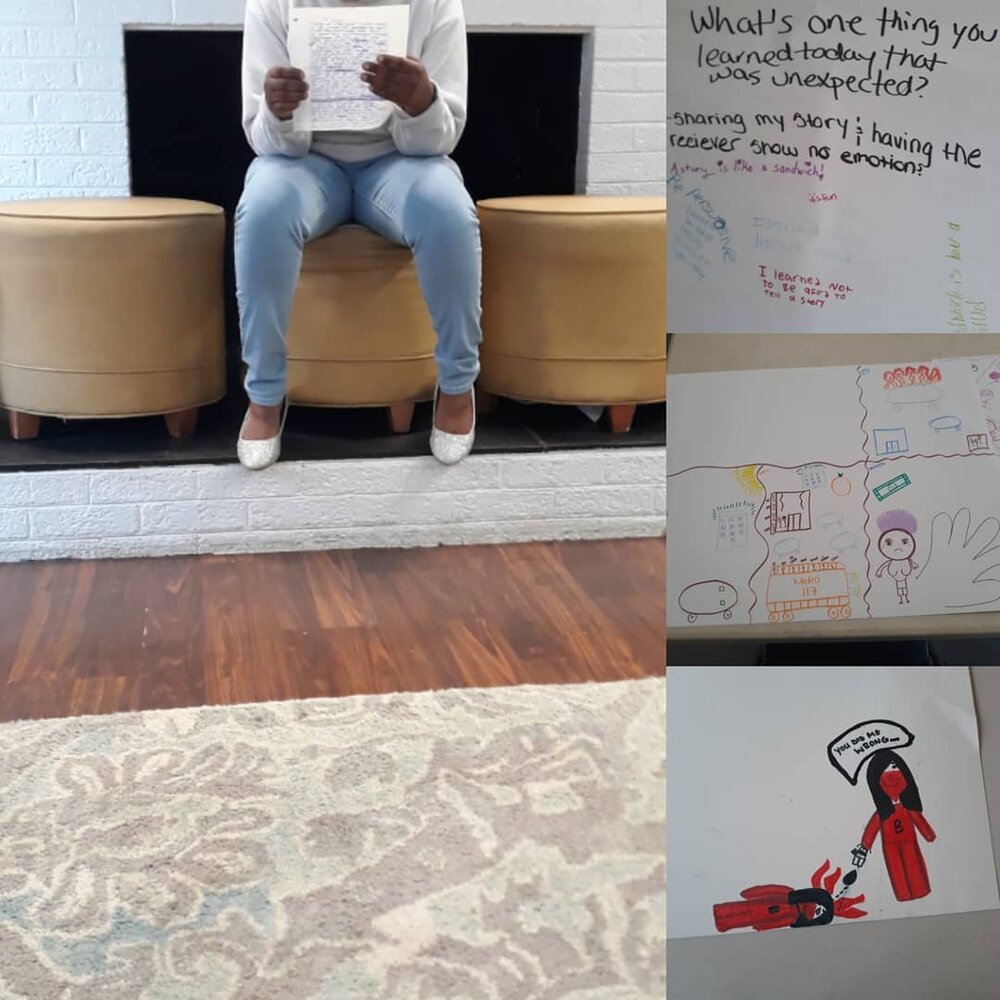 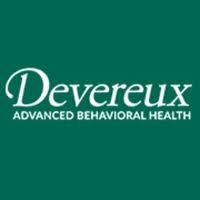 A big part of my curriculum is the importance of a strong first line and last line of your story. One girl began, “They say you’re supposed to play the hand you’re dealt, but my deck had one king, one queen, one ace, and 52 jokers.” People loved it! A few young women did choose to tell their hardest stories, and when they struggled, they asked their friends or even their favorite staff person to stand with them for support. In those moments, it was sometimes hard to breathe.

The thing I really want to reflect on, though, is food. Several of them explored stories that related to food. Not having enough of it. Being accused of stealing it from their own grandmothers. Knowing what their favorite kind is, even when pizza is the only choice.

We wanted to treat the girls, show them that they really had accomplished something by performing their stories for the crowd. After a short ceremony with signed certificates, we provided a small buffet of goodies as a post-show celebration. As a Southerner, a person who comes from churches and looooooong nonprofit leadership retreats, I’ve seen hungry people go through a line before. We all know what that looks like. But these girls didn’t just consume the food in the moment, swarming like vultures over roadkill. They went to the waste bins and pulled out plastic containers the cupcakes had originally come in and started piling up as much as they could to take back and savor in their dorms later. The whole display was gone in ten minutes. There were no second helpings.

This behavior, hoarding food like they’ll never see another sweet thing in their lives, really got me thinking. The precariousness of their home situations and how each one of them was particularly vulnerable to the predation that led to being in this facility…it’s like a pipeline. One thing leads straight to another.

May it ever be so.