As Good As It Gets 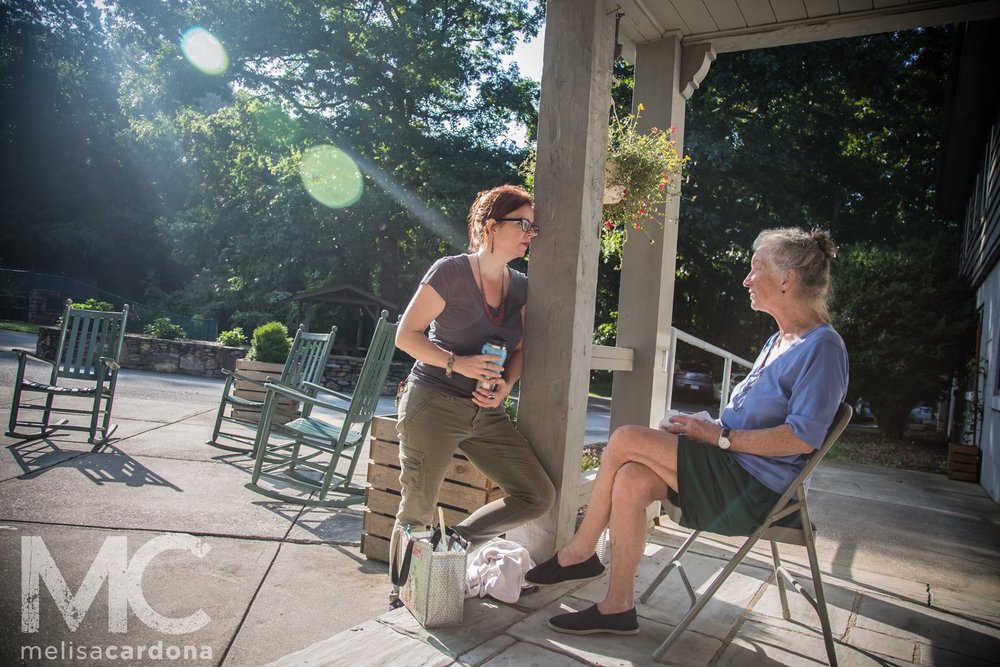 When it rains, it pours.

At least, that’s what they say.

Lately, opportunities to take in big universal messages have been coming at me as if I had giant antennae on my head. I’m not sure if they all have a singular underlying theme, but here are a few things that have happened recently

.I returned to the Great Tree Zen Temple for a Women’s Writing & Meditation Retreat led by Peggy Tabor Millin. I met so many creative, fierce women. I wrote the beginning of something quite special and look forward to seeing where it goes.I went from there to Alternate ROOTS’ annual gathering, ROOTS Week.

Because I was so open and relaxed after the writing retreat, I was able to connect with people in a more authentic way than I have in the 12 years I’ve been attending. Certainly more than the 5 years I used to facilitate the event.

During ROOTS, we had to call 911 and take a dear friend of mine to the hospital. It was the her second stay in ICU this year. Both incidents were quite scary, but ultimately she walked out pretty much fine. Despite many dire health scares over the years, she keeps demonstrating remarkable resilience. While we sat in her room, me so cold I kept getting “cangry” (so cold it made me angry), I asked her if she’d like me to read out loud to her. We laughed and laughed until our sides hurt at Sean of the South, the daily installments of which had been building up in my inbox as I traveled.

The week after I got home, I arrived late to a meeting where a woman was in the middle of describing her deep pain and disappointment over not being able to conceive. She mourned the fact that she was at the end of the line with her fertility. Though I didn’t know her, I walked up afterward to offer some consolation. As we began chatting, I was very surprised when her three-year-old son came bounding up wearing a Superman cape. It was hard for me to disguise my confusion.” I know what you’re thinking,” she said, not batting an eye. “Why would I be so sad about not being able to have a second child when I’ve already got one, right?”

Of course, I didn’t say that out loud. I got to thinking about another person I know who has two children, yet continues to mourn not having had a third. So she got a dog instead.

Then I got to thinking about a recent conversation with a colleague who had a lot of questions for me about home ownership. She felt somewhat envious and somewhat dubious about how she could make it work. The whole time I talked her through the process, the pros and cons, I was thinking about how I wished I had more money to fix/fix up things around my house.

It seems, no matter where we’re at, we always want more. Better. Different.So, the grass is always greener, meet your life just where it is, and all that jazz. What if this really is just as good as it gets? Can you appreciate life in this moment and laugh until your side splits, even if you’re freezing your butt off in a hospital room?