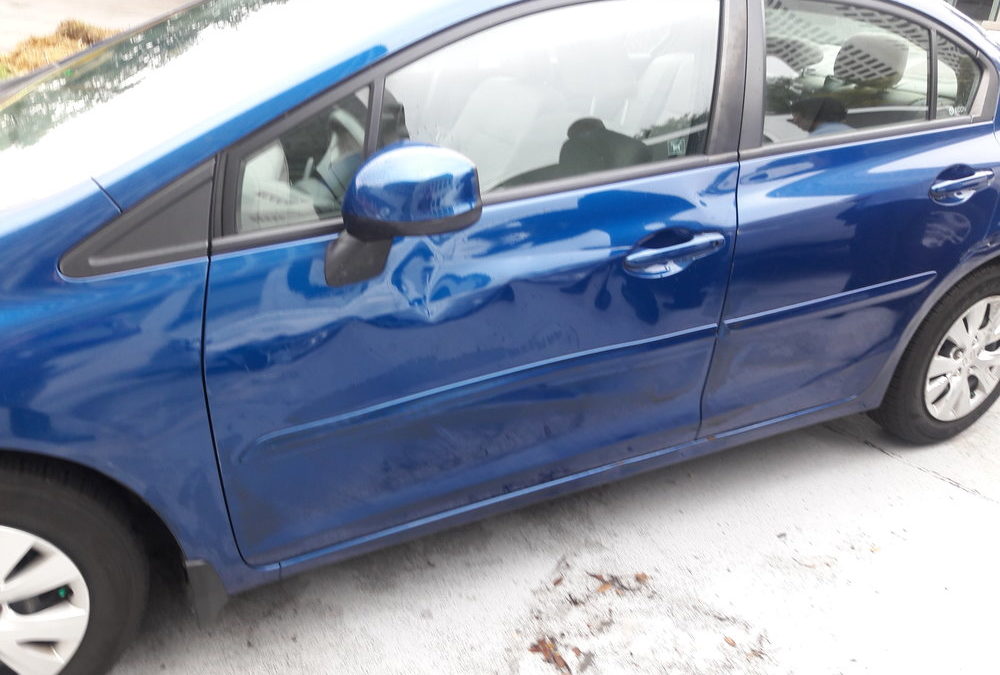 When I took liberation theology in college, the section on LGBTQ reconciliation with Christianity, of course, had to address some of those problematic texts in the Bible people use to condemn, hold separate, and otherwise justify their stances historically through today.

I was so happy to learn that scholarly research provides more context for these passages, especially that oft heavily leaned upon story of Sodom & Gomorrah. Alternative interpretation is that ‘the great sin’ being exhibited when God sent his angels to stay with Lot’s family and an angry mob came to their gates shouting, “Throw out those men to us,” was not that they wanted to have sex with the angels in their embodied form as men — it was that they were being inhospitable to strangers, to foreigners.

That was, in essence, the greatest sin you could commit in those times. People in a nomadic, tribal state, with no AAA cards or Hiltons, were forced to live at the whim of strangers taking them in as they traveled. Thus, a city that showed no love to the foreigner was deemed to be “living in sin.” Since the most basic definition of “sin” is something that separates us from God, in this case, it’s also what separates us from each other. That was what angered God so much as to want to destroy them.In short, they were rude.

A week ago, I was in a small car accident while driving away from having just done an episode of my radio show on the Georgia Tech campus. I was traveling on North Avenue when I noticed a huge grey Suburban on my left slowing down, displaying its right turn signal. I thought, surely she sees I’m not turning, but I did speed up to get on past her. Sure as the world, she plowed right into me.

[Side note: Being blind on my left side, it’s long been a fear of mine that I will be hit on my left and not even see it coming. Or worse, that my small difference will lead me to cause an accident one day.

Another side note: This car, named The Blueberry, has been a universal recipient for my negativity and bad karma since it came into my life. It was hit and run in my work parking lot last year. It’s been in more than one scrape that was my fault no doubt. But, I am supposed to finish paying off in February, so hopefully it will bounce back from this squishing.]

As we were in a busy part of town, we decided to pull into a parking lot nearby to clear the road. We both agreed it best to call the police, especially as she was driving a rental vehicle and would need the report to file a claim.

A minute or two after we began making calls, a security guard came out of the building where we were parked and said officiously, “I must ask you to move your vehicles.” I was pretty upset, not only by the request, but also by the timing and his demeanor. It had taken the last bit of energy and concentration I had to move my car out of the road and into the parking lot. We weren’t blocking the entrance to his parking lot, nor any parking spaces. I asked him to give us a few minutes to call the police and just to get our nerves to calm down. He went back inside the building.

As the other woman and I worked together to contact her rental car company (she was on hold with them for 25 minutes, so eventually we called on my phone as well and somehow found a more direct path), the man she was driving stood there smoking and leering, stalking back and forth between both our cars, surveying the damage.Eventually, the security guard came back and said, “You must move your cars now.”

“Good job, you!” I said sarcastically, uncharacteristically raising my voice. “You are doing such a GREAT JOB! You are just showing all your power and authority right now, aren’t you?! You are just doing your job!”

With that, I raised my phone and took his picture. He put his hand up to block his face.

I got in my car and begrudgingly moved it into a parking space, but I knew exactly what this would mean. The police would have a hard time finding us, and that is exactly indeed what then proceeded to happen.

We waited for another hour as, apparently, the police drove past us 3 times looking for the scene of an accident. I stood there thinking about how unfortunate the timing of all this felt. It’s never a good time in anyone’s life to have an accident, no matter how big or small, but this was coming at a time that felt like insult -> injury -> all the things.

The man from the other vehicle stalked and smoked. The security guard periodically came out onto the porch and scribbled furiously in his notebook and went back inside.

Then it began to rain.

Eventually, the security guard’s boss came out with him and asked us how we were doing. Asked if anyone was injured. Then, he looked at me and said, “I’m glad everyone is ok. Could I get you to delete those pictures off your phone?”

When the police finally did arrive, we were able to sit in our respective vehicles for a while as we waited for him to fill out his report. A very nice from the company where the girl who hit me worked came to check on things. She stood in the rain under an umbrella I lent her and we had a truly human conversation. She told me the stalking, smoking man was top dog at the train company where they all worked. They could have gotten him an Uber back first thing, but he just was fascinated with this process and wanted to see what would happen.Then she said, “Don’t you worry, sweetie, we’re going to take care of you.”I don’t know. We’ll see about that.Finally, the policeman brought us his report and thank goodness he ruled it to be her fault. Hopefully this will help in the “taking care of” department.

The thing is, of all the people in this story, I and the policeman are the only white ones, and only two who were American. I intentionally did not share the race or nationality of any of these other folks because…

He was not originally from this country, and it’s likely if he’d been a white, American man I would never have been as rude or stood up to him as I did in that moment. I can also only imagine the horror and fear having an angry stranger take your picture might invoke if his immigrant story starts with some of the places it might. You might say he could have approached us and our difficulty with more grace. Certainly it would have helped the situation. I think there are things we all wish had gone differently that day, starting about 5-10 minutes before I met the security guard. Or the 5-10 minutes before that when I sat in my car checking Facebook for a few minutes before taking off, rather than waiting until I got home.

Let us all be more gentle and more compassionate with each other. Stress puts us in danger of separating ourselves from each other, of being inhospitable. And that, as we know, is the greatest sin.